As the Philippines, Japan, South Korea, Russia and other new large jurisdictions consider casino gaming, a second look at the integrated resort 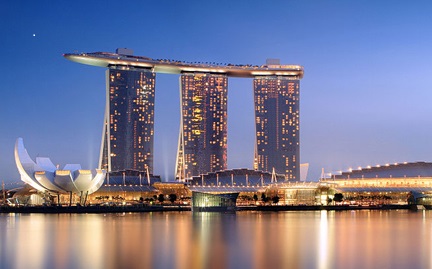 Over the last 10 years, seemingly each new large gaming opportunity has been accompanied by a hue-and-cry from politicians and developers alike for the huge potential demand to be served and the huge benefits that come along with it to be generated by one or two integrated resorts, or “IRs” as they are affectionately known.

Unquestionably, this has resulted in some of the largest and most spectacular casino-centric properties—much less any leisure/entertainment complexes—in the world. These IRs contain every conceivable gaming and non-gaming desired activity with enough capacity for every conceivable patron under one roof within a single-owner, master-planned site.

Yet, what started out as a new, vibrant and admittedly exciting alternative solution to the heretofore multiple property (MP) approach has seemingly pushed out any consideration of the latter, despite the fact that the sum of multiple properties can equal if not exceed an IR approach in terms of spectacular-ness, the quality of the customer experiences, and benefits to all of the stakeholders.

This is not to say IRs should not be considered. It is to say IRs are not the only viable development approach in large potential situations and that the IR route involves tradeoffs that may or may not optimize the potential. Consequently, when new casino expansion opportunities arise, an MP and IR approach as well as the possible combination of the two should be considered dispassionately to determine what is best. Both work. Both work together.

To discuss the pros and cons of the IR versus MP development approach we should start with the definition and origin of the phrase integrated resort and its acronym.

It may be argued that IRs existed long before being coined as such. For example, the first MGM Grand in Las Vegas in 1973 was perhaps, in retrospect, one of the first IRs, if for no other reason than sheer size: over 2,800 oversized rooms, an array of restaurants, bars, and lounges plus not one but two theaters, a retail shopping district, and a jai alai fronton.

Sol Kerzner’s Sun City in South Africa, opened in late 1979, certainly had the sprawling resort DNA of a casino-centric IR.

Steve Wynn’s opening in 1989 of the Mirage in Las Vegas was not only labeled “the most expensive hotel in history;” it was also a genre-breaking property with “spectacular” as its theme—how can a hotel with its own volcano not be?

Many other large developments followed, but perhaps the most noteworthy IR-ish example was the Atlantis in the Bahamas, which officially opened in 1998, again developed by Sol Kerzner. The Atlantis was quickly recognized as the most brash and awe-inspiring self-contained destination resort anywhere on the planet.

The Atlantis had all the bigness and requisite hotel rooms, restaurants, bars, shows, recreation and relaxation activities of its forebears. But, it offered the traditional and some new activities with verve, panache and inspiration in a heavily themed aquatic environment that featured millions of gallons of aquarium-lakes, meandering rivers, scream-inducing water slides, and a mega-yacht center whose yachts were so big some had their own submarines. Atlantis evoked emotion like never before.

Despite these predecessors, the event that brought the IR label and usage of the acronym into the modern casino lexicon was the introduction of casino gaming to Singapore. The term is specifically defined in the Singapore Casino Control Act to make sure there was no ambiguity among politicians, Singapore citizens, and/or bidders in terms of what Singapore sought to develop:

… ‘integrated resort’ means a development comprising hotel, retail, dining, entertainment, recreation and other facilities, and of which a casino may be a part …

What was the result not just from the IR definition, but also of the IR spirit embodied throughout the act? Well, if a picture is worth a thousand words, then the pictures in this feature of the two ultimate Singapore casino license winners—Resorts World Sentosa and Marina Bay Sands—must certainly be worth multiples of the combined US$10 billion-plus they cost.

Most in the industry are familiar with these projects but, if you are not, suffice it to say they are each big, really big! Whereas Atlantis evoked controlled emotion, Resorts World Sentosa and Marina Bay Sands provoke deep visual and personal experiences that often cause an uncontrollable babbling of superlatives to whomever is listening (or not).

These, indeed, are casino IRs, and the most-oft pointed to by governments and large gaming companies when the former are pitching the introduction of casino gaming to a skeptical citizenry or legislature and the latter following closely behind promoting what they will do if they win the bid.

But, here is what seems to have been forgotten: While no doubt the two Singapore IRs with over US$10 billion in combined investment have been a catalyst to increased levels of tourists, it is not unreasonable to suggest that five $2 billion, 10 $1 billion, 20 $500 million or some combination of these clustered in a zone or even spread within the small city-state may have generated the same or more benefits, all other things being equal.

The Non-IR Solution Works, Too

Leaders and decision-makers responsible for formulating destiny should remember there are any number of non-gaming and gaming examples of MP resort, leisure and entertainment destinations both with and without casino gaming that generate revenue for the government, create jobs, incubate businesses, give rise to other tourism activities, and attract tourists.

• the 13-block-long Bourbon Street in the French Quarter of New Orleans (8 million visitors);

• the Broadway and the Theater District in New York City that is estimated to have sold 11.6 million tickets in the 2012-2013 season;

• the 100 restaurants and bars concentrated in Lan Kwai Fong in Hong Kong;

• base areas found at winter ski areas such as Vail, Whistler, and Aspen; and,

These are examples of multiple leisure/entertainment clusters where the magnetism of the destination exceeds the sum of the parts—with not an IR to be seen.

On the gaming side, the most obvious example of MP gaming-centric development is Las Vegas, which tellingly carries the moniker “Entertainment Capital of the World.”

According to the Nevada Gaming Abstract, 150 gaming locations were licensed in Clark County, where the total investment amounts to some US$40 billion in fixed assets that generate US$21 billion in total revenue from 6.6 million square feet of casino space and 120,000 hotel rooms, while employing 143,000 in the process.

Granted, IR proponents may contend that Las Vegas is not so much an MP approach as a hatchery for the largest IR concentration in the world, to wit: Las Vegas by one accounting is home to six of the 10 largest hotels in the world and 25 of the largest 50. But, only 23 out of these 150 locations generate gaming revenues of $72 million or more per year, and probably half of the 23 would not qualify as IRs. The remaining properties include casinos of all sorts of shapes and sizes. Clearly, the success of the Las Vegas MP approach was not prevented by IRs, or vice versa. In fact, they appear highly complementary.

It would also be hard to imagine Macau achieving its spectacular performance with just two IRs versus the six licensees who currently operate some 35 casinos offering 5,750 gaming tables and 13,100 slot machines. Throughout Macau, both gaming and non-gaming properties account for over 23,000 hotel rooms spread over 97 hotels with another 5,800 rooms in the pipeline.

Through the impetus of capitalism, multiple successful casino-centric development models can be found that conform to the exigencies of a particular market and/or venue: According to Casino City Press, there are over 6,000 casinos, horse tracks, dog tracks, racinos and cruise ships worldwide spread among 153 different countries. Cookie cutter? Hardly. One approach is best? Hardly.

Whither Comes This Love And Devotion For IRs?

So why the dogma, devotion and emphasis of IRs to the exclusion of an MP approach? The reasons are embedded in market dynamics, economics, politics and human behavior.

In reverse order, casino gaming quickly becomes an emotive subject whenever two or more people come together. Those in favor of gaming are generally not highly emotional about it whereas those against it generally are. This is problematic, because despite the fact that the development of casino gaming is typically a capitalistic effort, nevertheless the ability to own, develop and operate a casino is almost always a privilege, not a right granted or prevented by a constitution, legislation, regulation, policy and/or practice.

This need for prior approval means there must be acceptance by the general public, politicians, and any number of others representing a variety of economic, infrastructural, environmental, religious, and a multitude of other special interest groups. Acquiring these approvals can be a dogfight. The result is that the path of least resistance often leads to one development approach versus another regardless of the raw economics and market potential that might lead otherwise. It is in this milieu that IRs have proven particularly useful.

The eye candy of these mega- and meta-plexes also serves to evoke visceral positive responses just as the Burj Khalifa in Dubai causes more chatter than half a dozen skyscrapers assembled close to each other. Biggest, tallest, most expensive, fastest, and other attributes that end in “est” capture the hearts and minds of the body politic and the bully public. Enter IRs. Witness approvals. No wonder IRs are all the rage.

It should be recognized, however, that this rage is being fanned not only by politicians but also by the only half dozen or so casino companies that have the balance sheet to develop and operate an IR. For these large companies, IRs have the beneficial strategic side effect of raising the ante so high that the cost of entry excludes other viable entrants that in combination could create the same impact.

Their motivation is not altogether nefarious. There may not be enough expansion opportunities for multiple mid-size properties on the horizon, and big IRs are the only way to move their stock; hence, their preoccupation with IRs. Beneficially, the CEOs of these companies would also no doubt say, “This is what we do, there aren’t many that can, and we do it really well.”

Hard, it would seem for a government official and public custodian, to turn away from a single multibillion-dollar offer to invest in their community that is already funded, and ostensibly guaranteeing thousands of jobs. Hard to ignore when the IR-centric companies arrive first, out-shout other options, and whose competition never seem to join together to put forth a viable MP master-planned alternative. It would take a calm, sober, unaffected mind to keep a clear head and consider other options when the solution is before you.

What Size IR? That is the Question

The two tables in this article attempt to summarize the agendas, issues, points and counterpoints of taking either an IR or MP approach toward development. It is up to governments, citizens, businesses and other stakeholders to develop a comprehensive goal set representing all stakeholders and then fully understand how to achieve those goals within the dynamics of a casino bid and casino development process.

Those involved need to pay attention to venue-specific situations and conditions, and be cognizant of short versus mid-to-long-term objectives while being aware of hidden agendas. But perhaps the most important advice, at least at the start, is to approach the introduction, development, operation, marketing and oversight of casino gaming without preconceived ideas in order to optimize the potential.

In this regard, the admonition stated at the beginning of this article is worth repeating: When new casino expansion opportunities arise, both the MP and IR approaches should be considered independently as well as in various combinations dispassionately, to determine what is best for the venue in question. Both work. Both work together.