Tourism increased by 20 percent in 2010, thanks two the two integrated resorts 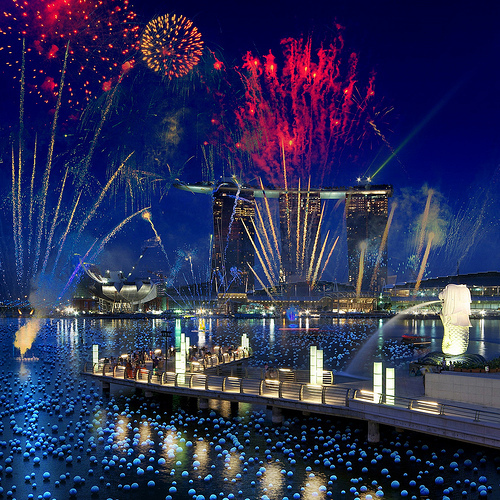 With a record number of visitors in December, Singapore finished out a year in which two integrated resorts opened in the island nation and boosted tourism figures by 20 percent. The IRs were established to do just that, as well as bring more meetings and conventions to the city. The results reverse a 2 percent decline in 2008 and a 4 percent dip in 2009.

With more than 11 million visitors in 2010, when the casinos/IRs weren’t even complete, the future is bright for tourism in Singapore. Genting’s Resorts World Sentosa opened in January and Las Vegas Sands’ Marina Bay Sands opened in April.

Room rates also increased significantly in 2010. The average daily rate was up 17 percent to US$163 and REVpar was up 22 percent to US$136. Marina Bay Sands posted an 84 percent occupancy rate with ADR at US$258.

Tourism Board Chief Executive Aw Kah Peng told the Associated Press that she expects revenue and arrivals to grow again this year.