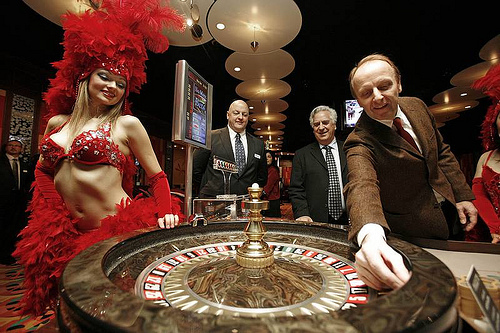 The improved Century Casino Calgary encompasses 93,000 square feet of gaming and entertainment space. The changes include the introduction of new table games and slot areas, a live entertainment venue and a refurbishment of the existing 30-lane bowling center.

The purchase of the former Silver Dollar Casino was completed in January 2010. Century paid $10.7 million for the property plus $800,000 in working capital.

Erwin Haitzmann, chairman and co-CEO of Century Casinos, told the Calgary Herald that his company is “extremely confident with the Alberta environment, from a regulatory point of view as well as a customer point of view.”

The province of Alberta has 22 casinos, seven of which are in Calgary. According to the Alberta Gaming and Liquor Commission, gross gaming revenue from slots, VLTs, electronic bingo and charity gaming operations totaled C$2.4 billion in fiscal year 2009-10, down slightly from the previous year.

Haitzmann says his company is well positioned for the anticipated recovery.

“On the one hand, I think we’re not too far away from the business rebounding. But more importantly, we feel we are able to deliver a product to our customers that they will like, disregarding whether economic times are great or medium,” Haitzmann told the Herald.