Florida lawmakers want to see the books of the Seminole tribe 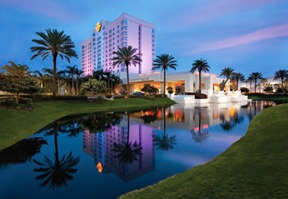 Florida lawmakers want a full accounting of revenues from the seven Seminole casinos run in the southern part of the state. The move comes as legislators consider whether to renew or renegotiate the gaming compact that brings 3 million to state coffers each year.

With non-tribal gaming interests lining up to invest in Florida, the state could conceivably also allow the compact to expire.

Members of the House Select Committee on Gaming have asked the tribe’s attorney to make the casinos’ fiscal data available for review.

“I’m not questioning the veracity of it; we know it’s somewhere around $2 billion, but once we know we can start planning,” said Rep. Jim Waldman.

Barry Richard, an attorney for the tribe, said he would make the request but couldn’t guarantee the numbers would be made available.

“The confidential provision exists because of the fact that the tribe, as anybody in any business, has trade secrets,” Richard said.

The compact, signed in 2010, continues through July 31, 2030. It includes a provision that the Seminoles have exclusive rights on banked card games at five of the seven properties; that provision will expire July 31, 2015.

Senator Garrett Richter of Naples, who chairs the Senate Gaming Committee, says that if the state really wants to expand gaming, it should consider the tribe before it invites new operators, like Genting or the Las Vegas Sands Corp.

“The tribe is one of the most successful casino owners in the world. The tribe owns the Hard Rock franchise,” he said. “If the legislature wants to expand, the tribe has things to offer that anyone else can’t.”