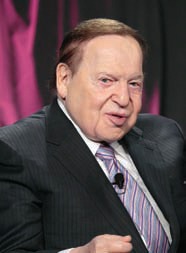 Democrats may not have been the only losers in the U.S. general election, as analysts predict the new Republican-controlled Congress will be unlikely to move to legalize online gaming any time soon, leaving online gambling proponents out in the cold.

The biggest loss for online gambling may have come in the U.S. Senate, which will now be controlled by Republicans. That means Nevada Democrat Harry Reid will lose his job as Senate majority leader. Reid had been a supporter of online gaming.

“I think the Senate transition away from Reid is, on the surface, bad for internet gaming,” Macquarie Securities gaming analyst Chad Beynon said.

“There’s little interest among the states at this point given lower budget deficits and power moving back to the GOP,” Beynon said. “California is still the big domino, in our view, but it doesn’t appear that they’re any closer.”

Somewhat ironically, Pennsylvania’s gubernatorial election went to Democrat Tom Wolfe—one of the few wins for Democrats—who has opposed online gambling. Incumbent Republican Tom Corbett had been neutral on efforts to bring online gambling to the state.

The GOP win also bodes well for Las Vegas Sands Corp. Chairman Sheldon Adelson, who has been financing a drive to ban online gambling in the U.S. Adelson has paid for lobbyists fighting online gambling bills and is a major backer of Republican candidates.

Republicans are not seen as backers of online gaming, making it unlikely any effort to legalize online gambling will come forward in the next two years. But a bill currently before Congress to ban online gaming could gain traction.

The Las Vegas Review-Journal reports that a bill introduced in March that would restore a ban on online gaming by reinstating portions of the Federal Wire Act could be attached to another piece of legislation next year.

The bill was introduced by Senator Lindsey Graham (R-South Carolina) and Rep. Jacob Chaffetz (R-Utah), but was seen to have come directly from Adelson’s Coalition to Stop Internet Gambling.

The coalition released a statement saying the election results have bolstered its position, and pointed out that 21 members of Congress were re-elected who were seen as against online gaming. Many of those candidates had been targeted by pro-online gambling groups.

“The tactics to remove the dissenters of online gambling from office have failed,” the coalition said in a statement. “Putting a stop to internet gambling is a worthy cause, long supported by the coalition, many lawmakers, and the public.”

Meanwhile, other reports have said that Reid may also move on a bill to allow online poker during the lame-duck session before the Senate changes hands. But he still faces a Republican-controlled House of Representatives, even in the lame duck session.

The end result? Online gambling could be on the back burner for a long time.