Portrait of the American online gambler 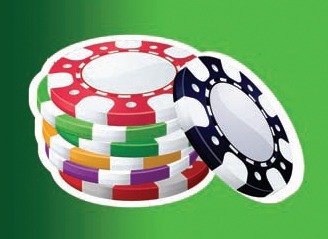 Roughly one year into the launch of regulated online gaming in the U.S., some demographic data is starting to come into focus.

Sources of information are plentiful. Consulting firms such as the Innovation Group and AlixPartners have independently carried out up-to-date nationwide surveys into American gambling behavior. (Their findings inform much of this article.) Then there are the analytics obtained by the iGaming operators themselves, courtesy of users who aren’t asked anything but reveal their digital behavior all the same.

For years, the focus on gaming “convergence” has been dominated by the connection, imagined or otherwise, between real-money gambling online and offline. This is still more or less the case, but the impression made on the land-based casino business by free-to-play “social” casinos is becoming too large to ignore. And social casino demographics, as we shall soon see, are in a class of their own.

So which batches of iGaming user data and consumer insights should be scrutinized—and to fulfill what purposes?

In 2004, the Innovation Group initiated an ambitious research project titled “Portrait of the American Gambler.” It surveyed thousands of respondents across the U.S. and probed deeply into their offline gaming behavior, focusing on the land-based player.

Ten years later, the group decided it was time for a redo, so earlier this year, an updated study went out, this time containing plenty of inquiries about real-money online gaming habits and attitudes.

Separately, AlixPartners did its own survey on gaming, targeting a large nationwide sample size, and it too picked a lot of brains about how online gaming figures into modern-day American gambling habits.

The independent findings by the two firms are illuminating for several reasons. First, they frequently match up. Second, they test numerous generalizations about the average online gambler. And third, they both strongly suggest that the online gambler should become a coveted demographic for U.S. land-based casinos.

What The Data Actually Says

So, is it true that the majority of real-money online gamblers are men?

While that would be considered a supermajority in Congress, it also reveals that the proportion of female online gamblers is significant, and it shouldn’t be taken for granted that your online gambler will be male all the time. Would you dismiss any one demo that made up 33 percent of your business?

Gender-specific differences are also worth keeping in mind, because they indicate which games either sex prefers. The data shows men are a lot more partial to poker and sports betting, whereas women lean more toward casino-style games.

Another common demographic criterion is age. Here, the data challenges widespread generalizations even further. It is neither true that “the average online gambler is a young person,” nor that “almost all online gamers are young people.”

We can argue over what you consider “young,” but consumer researchers have their own brackets: millennials (ages 18-35), Generation Xers (35-55) and baby boomers (over 55).

Census-type data aside, the most powerfully iconoclastic takeaway from these surveys is that the online gambler is far from the menace to brick-and-mortar business that he (and a third of the time, she) is typically made out to be.

“There’s still a lot of discussion about whether online gaming hampers or helps brick-and-mortar casinos,” says John Bonno, who helped direct the AlixPartners survey into U.S. gaming behavior. “Over the past couple of years, our findings have been very consistent. Online gaming does not negatively impact brick-and-mortar visitation patterns. In fact, it does the opposite. In our survey, online enthusiasts had just about the highest number of average casino visits of any consumer segment we identified.”

Meeske herself was surprised by how often iGaming figured in the report. “Our intent was to survey land-based casino gamers,” she says. “We did not expect to find as many online gamers as there turned out to be. Over 25 percent of the land-based casino gamers we talked to play or have played online. I think that’s a lot higher than it used to be.”

Here it should be clarified that neither firm limited the definition of online gaming in its survey to U.S.-regulated online gaming, meaning that respondents may be referring just as easily to U.S.-facing, offshore-based sites. Rather than overlook this, Bonno wanted to see what he could deduce about iGaming attitudes depending on the operator.

“We asked respondents whether they think an internet gambling site run by a known casino brand is more trustworthy than an internet gambling site run by an unfamiliar company,” Bonno says. “What we wanted to figure out was how many people in the U.S. are hesitant to gamble online due to legal or regulatory concerns. Our initial thoughts were, could this be an even bigger marketplace if the traditional brick-and-mortar companies got more involved in online gaming and provided a secure site for these would-be online gamers to participate in?

As head of online poker for Caesars Interactive Entertainment, Bill Rini manages an internet gambling site that is run by a known casino brand.

Rini oversees operations for WSOP.com, which is live for real-money in two U.S. states—Nevada and New Jersey. Due to the uneven nature of state-by-state U.S. iGaming expansion, Rini does not have the luxury of assuming his average player is this age or that gender.

“Nevada skews a little older in general,” Rini says, adding that the New Jersey online gaming demographic tends to be younger. “I know some things would work in Nevada that probably wouldn’t work as well in New Jersey. Demographic reports don’t necessarily tell you what will work and what won’t. They provide you with some information that guides you in a direction.”

For Rini, one of those directions is marketing. “In terms of maximizing the marketing return or acquiring new customers, it’s all about figuring out where the customers are going to come from. If you know they skew older, you probably won’t advertise in a lot of places that target younger demographics. Likewise, if you have a younger demo, you shouldn’t advertise in the AARP magazine.”

After working in the online poker space for close to a decade, veterans like Rini have concocted some user segments of their own—“entertainment” player, “aspirational” player, “pro,” etc.—that have more to do with behavior displayed through the screen and less to do with average age and income.

Rini believes that “at the end of the day, a piece of information is only good if it’s actionable. If you don’t understand online players well enough to know the right questions to ask of the data, the data itself is not going to give you those answers.”

For all of its investments into the real-money WSOP.com and CaesarsCasino.com platforms, Caesars Interactive Entertainment has spent hundreds of millions of dollars securing considerable market share in the field of social casino gaming—an online gaming activity that nets the operator no direct revenue other than what players voluntarily spend on play chips devoid of any redeemable value.

This often surprises a lot of observers both within and outside of the traditional gaming industry, but not Andy Caras-Altas. As the founder and CEO of Traffic Generation, Caras-Altas has played a seminal role in encouraging land-based casinos to take greater notice, and subsequently command, of an interactive form of casino gaming that is legally and widely available to all Americans: the social casino. And this “new” form of convergence has begun booming.

“It all has to flow back to the land-based property,” he says. “If you are getting players to engage and interact with your brand online, that is beneficial because you are collecting market and mind share. Those players will be more receptive to the various reactivation and retention campaigns of your live property.”

Mirroring the findings of Bonno and Meeske, Caras-Altas asserts a significant number of social casino players are habitual brick-and-mortar customers—particularly the social casino “high rollers,” the percentage of players who actually pay, and sometimes pay big, to purchase virtual credits and perks on what is otherwise an entirely free-to-play platform.

This intrigues Caras-Altas. He wonders how many paying social casino customers are actually real-money online gamblers waiting to happen. “From what we’ve seen by analyzing players who are considerable spenders in the social space, time and time again they say they’ve played in a land-based casino or would like to play in land-based casinos. When asked about real-money online gaming, they say ‘Well, that’s illegal; I can’t do it.’”

And just in case you were wondering: Although the majority of social casino gamers are women, the higher up the “spend” pyramid you go, the more men you will find.

Putting It All Together

The online gaming space teems with electronic platforms capable of pumping out valuable user data like a fountain. And what these machines can’t find out, periodic consumer research attempts to discover. Operators are in a sweet position to compare how survey data by the likes of AlixPartners and the Innovation Group measures up against what their own analytics are telling them. The hard part isn’t how to get the data, but to figure out what it means and how to put it to use for your product.

As those efforts continue in the boardrooms and cubicles of the emerging U.S. iGaming market, the proliferation of new consumer insights about U.S. online gamblers is fulfilling a purpose of its own. “There is still some skepticism about how successful online gaming will be in the U.S.,” Bonno explains. “Some of the operators we deal with point to a lot of the technical challenges in New Jersey and suggest the market isn’t there yet.

“But if you look at what consumers are saying—if you look at online enthusiasts and how their visitation patterns to brick-and-mortar casinos are high, how their average daily gaming budgets are high—you will see there is a demand for this.”