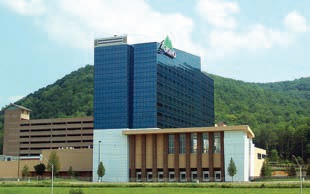 Seneca Gaming Corp., the gaming arm of the Seneca Nation of Indians of Western New York, confirmed last month that it paid .7 million for a 32-acre parcel in the town of Henrietta, a suburb of Rochester. The Senecas hope to build their fourth casino in the community. It would join tribal gaming halls in Salamanca, Buffalo and Niagara Falls.

“Now that we have acquired property, we will begin the process of engaging the community and its leaders in a dialogue on how a potential Seneca development could fit within and benefit Henrietta and the surrounding area,” said Kevin Seneca, Seneca Gaming chairman.

“Our core strength is the gaming business,” said Cathy Walker, Seneca Gaming president and CEO. “Bringing proven, well-respected partners into the development mix, in order to maximize both the development opportunities and the benefits to the local economy, is something that we are excited to explore.”

Henrietta Town Supervisor Jack Moore, who opposes gaming in the town, told the Rochester Democrat and Chronicle the next step would be to get a specific proposal from Seneca Gaming.