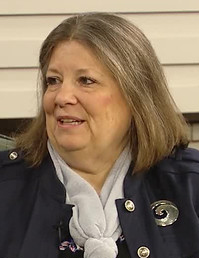 At a recent annual meeting, the board of directors of Seneca Gaming Corp. selected its officers for 2021.

Dr. Lori V. Quigley was reappointed as chairwoman. In addition to her role with the Seneca board, Quigley also serves on the board of directors of the National Indian Education Association. A longtime higher education professional, Quigley provides professional training seminars on social justice from a Native American perspective.

Terry L. Nephew, vice chairwoman, is serving her second three-year term on the board. Nephew has worked in the gaming industry for more than 10 years, including as assistant director of the Seneca Nation’s Class II gaming operations and as an inspector with the Seneca Gaming Authority. A member of the Turtle Clan, Nephew lives in the Cattaraugus Territory.

John Y. Waterman Jr., treasurer, served as chairman of the Seneca Gaming Authority from 2017 to 2018 and previously worked in the casino regulatory operation. Geneva A. Locke, corporate secretary, is serving her first term on the board. With over 10 years of gaming and marketing experience, Locke has previously worked with both the Seneca Nation’s Class II gaming operations and Seneca Gaming Corp., cultivating numerous business relationships within the gaming industry. Locke resides on the Cattaraugus Territory with her family and is a member of the Wolf Clan.