House Chairman Galvano says compact "is not going to pass" 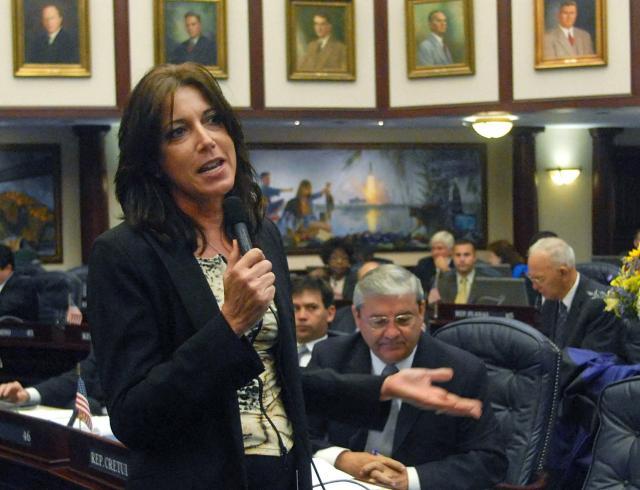 The chairman of Florida’s House committee on gaming predicts that the deal between the Seminole tribe and Governor Charlie Crist won’t pass with lawmakers in its current form, and may not pass at all. Now, some legislators are proposing that the state authorize casino games in any counties that want them, so the entertainment is not limited to one region or one operator.

“As anti-gaming as I was, it’s here, and it’s not going away,” said Rep. Ellyn Bogdanoff, a Fort Lauderdale Republican, speaking to the South Florida Sun-Sentinel. “You go to Plan B, which is free market.”

Crist’s compact would expand banked card games to all seven Seminole casinos. The legislature originally wanted to limit the games to tribal casinos in Broward and Hillsborough counties.

“I can’t predict where we’ll go,” said House Gaming Chairman Bill Galvano, a Bradenton Republican. “I will predict on the success of ratification of the proposed compact-which I think is not going to pass. But where it goes from there is up to members.”

Some legislators have feared granting broad new gaming options to the Seminoles could hurt the existing parimutuel industry, and also limit the state’s ability to expand gaming elsewhere in the state.

“We have gambling facilities all around this state that have been in business since the 1930s,” said Dan Adkins of Mardi Gras Gaming. “Why not allow them the opportunity to compete and provide revenue for the state? New jobs, more revenue, far and away more money than the tribe can ever provide.”

According to the Jacksonville Observer, Adkins’ assertion doesn’t jibe with economist Amy Baker, who said the Crist deal would bring in about $9 million more to the state, an estimated $811.7 million by fiscal year 2013, versus $802 million if the legislature’s version is enacted.

Crist first struck a deal with the tribe in 2007, but that agreement was shot down in 2008 by the state Supreme Court, which ruled the governor had no authority to sign a compact without consulting the legislature.