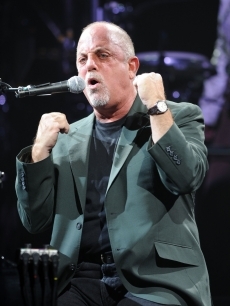 Marketing experts and investment professionals alike agree that Hard Rock International strives to do two things: leverage the indelible theme of music, as well as the “see and be seen” experience. They also agree that the challenge is the localization of those cross-cutting themes in disparate markets ranging from gaming meccas (Vegas, Macau) to monopoly markets (Tampa and Hollywood, Florida) to outposts across the United States (Albuquerque, Tulsa).

Hard Rock International was the first brand in the food & beverage/hospitality space to recognize that gaming could be a very viable model. Casinos have always used entertainment as a driver of patrons, but most don’t take it to the extreme that Hard Rock has.

Hard Rock continues to reinvent itself using music. Steve Rosen, managing director at Marketations, explains, “When Hard Rock first got into casinos, the initial thought process was that it would open up a younger demographic who would like to play, but of course younger people don’t necessarily have the discretionary income.”

Irreverent, Edgy… And 50-Something?
The demographics of the Hard Rock Café brand are “…cutting edge, people willing to try different things. Only about 30 percent of them will be active gamers, similar to the entire population,” says Michael A. Meczka, president of Meczka Marketing/Research/Consulting.

Meczka explains that the challenges of this themed casino brand are such that “if people in any category have disposable income, the offerings from the Wynns, MGMs, and Venetians are hard to surpass. What Hard Rock does on Sundays with its Rehab pool scene in Las Vegas has now been emulated elsewhere.”

Despite copycats, the brand continues to connote escapism, freedom, fun, irreverence, edginess, weekend warrior hipsters, and maybe even a little decadence and rebellion. John Schadler, managing partner of SK+G Advertising, says, “It’s an interesting platform, because as much as the brand is irreverent and edgy, it also relates to people in their 50s.”

In some of Hard Rock’s markets, notably Tampa and Hollywood, Florida, the 50-something-plus set is de rigueur. Some argue the purity of the brand has been compromised in an effort to drive gaming revenue in each day-part and week-part. “Eleven a.m. on Tuesday may not feel like the authentic, true brand you associate with Hard Rock,” says Schadler.

But it works in Florida’s monopoly market, and the company must manage its business in accordance with who is showing up at any given time. “We’ve done a lot of research on the brand. In a market where there are multiple competitors—like Las Vegas, for example—you may want to confine the brand to a specific appeal, probably a young, hip, hard-rockin’ brand,” says Jeff Hook, vice president of marketing for Seminole Gaming. “But in a place like Florida, where there are not as many competitors, we can be more things to more people. It’s a wide enough brand that we can serve a lot of people and make them happy.”

Love All, Serve All
Bottom line, says Michael Shindler, an executive vice president with Hard Rock Hotels and Casinos for Hard Rock International, “It’s a disparate set of properties. The guests are different as well. One says ‘good night’ as they’re leaving; another says ‘good morning’ as they’re coming home.”

Shindler’s colleague, Hook, agrees. “We have many niches that we serve and we try to do each of them well,” he says. “‘Love all, serve all’ is our motto. We try to give great entertainment value. We have that going at all hours of the day and night, whether it’s in the middle of the casino or in our Hard Rock Live.”

To assist property leadership in staying true to the brand at such a diverse selection of properties, the Hard Rock has enlisted a “vibe manager.” Officially listed as the global music marketing manager, Blake Smith is a musician and former writer who according to Shindler is “a font of knowledge and understanding of the music scene.”

Smith curates the hotel and casino play list, developing an extensive selection localized to each property from which its local leadership team can select to set the tone for different day- and week-parts. Shindler explains, “Blake sets the tone at a macro level and the local team continues it at a micro level.”

Music, Memorabilia… And Macau?
“Music, memorabilia, and a burger. The brand has done a good job of remaining consistent,” says SK+G’s Schadler. “Each local market or each person visiting from another market accepts it.”

Yes, the brand has grown rapidly and pervasively. While some label the Tulsa and Albuquerque properties as “Hard Rock Lite,” claiming that the renovations have been minor, noting the simple addition of a center bar and some memorabilia, these properties are nonetheless part of a growing domestic brand extension.

One frontier that the company has only begun to explore is Asia. Marketations’ Rosen explains that the Hard Rock Café in Hong Kong exists in a free society in which people identify with the Rolling Stones and other brands, but that in Macau, 70 percent of the market is from mainland China, and may not know the Stones. Rosen ruminates, “The challenge is to put the right celebrity mix into this type of venue. What is the right memorabilia to put on the walls?  How do you localize this international brand?  The theme is still rock music, and yet it’s largely foreign to an Eastern audience.”

Shindler says, “There is always an authenticity of rock and roll music. We will not be doing Chinese lutes in Macau just because it’s China. We will always remain true to the rock brand, even if it’s Chinese rock. There’s always a velvet rope, and people wanting to be inside rather than outside of that rope.”

Rosen’s concern is actually raising brand awareness and ensuing curiosity to drive the desire to get behind the velvet rope. “People are seeing things in Macau that they haven’t seen before,” he says. “It’s like a mini-Vegas. When they come to visit Macau, people from mainland China have a little checklist that includes Wynn (Tree of Good Fortune), Venetian, famous restaurants. Hard Rock may not be on the top of their list because it’s not as well known in Asia. All brands should aspire to get on that ‘must-see’ list.”

Rosen likens it to McDonald’s, which has maintained its core hamburger product worldwide, but has successfully localized certain menu items in Asia by providing an array of fish options, such as such as a shrimp sandwich with seaweed.

Hard Rock International’s Hook says, “Our brand awareness is at an all-time high. We recently did a study in the U.S. where it came in at 94 percent. But even in Japan, it’s over 50 percent, and it’s even higher in Europe. So whenever people see one of our facilities, they trust the brand and know that they’ll have a great time.”

Investing in a Brand
As for the attraction of the brand to investors, Andrew Klebanow, a principal with Gaming Market Advisors, explains, “With the Hard Rock, you may get a bunch of event nights because of the entertainers playing the property, but you’re not buying a customer database. And of course you have to give up a portion of EBITDA. Then there’s the capital-intensive renovation up front to bring a legacy property consistent with the theme.

“In a destination market, the brand can help because customers are buying that lifestyle for the weekend. In a frequency market, it really comes down to the traditional triumvirate of proximity, offers and service.”

Steven “Slip” Rueben, a member of the executive team at Epic Gaming, says that when contemplating licensing a casino brand, “I generally look for a point savings in straight M&A and a required increase to the top line of close to 20-plus percent. This is to offset the branding/license fees as well as a greater level of capex going forward to keep in synch with the brand’s requirements. I think the Hard Rock brand will get customers to come sooner than otherwise, but I’m just not sure it will meet the financial requirements I would be looking for. That said, at the end of the day, given the choice, I would go into a deal with a Hard Rock-branded property more so than many other brands that one could license.”

Music Cues Memories
“Why do customers like Hard Rock International?” asks SK+G’s John Schadler. “It’s that appetite for celebrity that we are all consumed with. They’ve carved out a place in the mind of the consumer—an irreverence, part of a club. There’s undeniable value in that. Whether you think the brand needs to be remade or can survive as is, it’s undeniable that this is a valuable brand.”

In 2010, Hard Rock International is enjoying a beautiful confluence in which the age range of both classic rock enthusiasts and prime gamers is 45-65. What happens in 15 years when classic rock enthusiasts are, well, old and no longer hitting the show, partying like weekend warriors into the wee hours of the morning, and gaming until they run out of disposable time or money? The Hard Rock’s Shindler says, “I’m in my 50s. Music formed part of my upbringing. At the Hard Rock, we maintain a relevance in the music space. The casino is an extension of where our customers are taking their lives.”

The ‘Pop’ in Pop Culture
Mark Elmore, principal at Gaga Marketing, reminisces about a recent pop-culture faux pas at the 2010 Super Bowl halftime show, and the importance of adjusting one’s act with the passage of time.

“Remember The Who up there?” he asks. “Pete Townsend and Roger Daltrey, they looked old. At the beginning, Pete did his windmill strumming thing and his shirt came untucked and you saw this big white flab. I’m thinking, dude, you can’t do that anymore! Then they got in their groove and it ended up sounding OK, but really, why not do it unplugged?  It’s probably more age-appropriate for them and for their audience.”

Elmore says that by adjusting the experience with the aging demographic, Hard Rock could still deliver on what the brand connotes: escapism. Escapism might mean the aging rocker returning as the weekend warrior of his classic rock set. “You might feel as if you’re on a motorcycle going 80, but you’re really on a Vespa going 20. It still feels pretty good!”

Schadler cautions, “Look at the Hard Rock’s ad campaign where you see older people doing things that suggest they are still rockers and the other half of the page is a list of 150 locations in a city near you. That to me says chain mentality, any mall in America. When you begin a brand on its boutique, one-of-a-kind quality and then expand, you’re no longer that boutique, one-off brand.”

Hard Rock International’s Hook believes there is an insatiable appetite for music as a reminder of key moments in one’s life, and that it’s ageless and boundless. “Hard Rock is really built on this music concept. What we find is that music means a lot of things to a lot of people, and it’s generally a happy thing. They think back to when they were in high school or college. You can come in here as a 20-year-old and see memorabilia from Godsmack or you can come in as a 60-year-old and see something from Buddy Holly or Elvis Presley. Music is the tie that binds, regardless of
your age.”