Why can't they just get along? 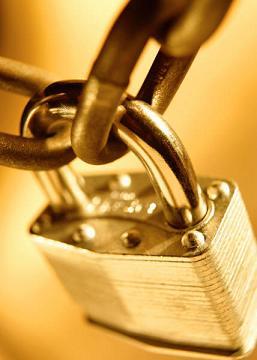 Top management in the casino industry frequently relates concerns about security and surveillance working together and getting along, based on complaints lodged by each. They are also quick to praise the individual departments and the abilities to accomplish people and asset protection individually.

Both departments have a tendency to exclude each other, until after an investigation is completed, rather than prior to and during a critical one. As a result, the gap tends to widen, rather than narrow and encourage cooperation.

In many instances the department managers have a lack of respect for each other, or sometimes feel that the other is out to make them look bad in front of the boss. Although both departments are critical to a successful outcome in an investigation, they sometimes feel too competitive during the process.

Although the respective directors and executives understand the concept that they are separate, the rest of the world does not. In the eyes of the legal community, for example, security and surveillance are the same, and have the same legal duties to the customers and employees of a gaming facility. In reality, the gaming industry is one of the very few that promote the operational separation of security and surveillance.

In reality, most casino operations have some form of communication gap between security and surveillance. Certain jurisdictions where regulators promote the isolation of surveillance tend to promote the communication gap as well. In many operations, the directors will seem to get along on the surface, but the secondary management and line employees do not-or will have obvious friction between them as a result of the management not emphasizing the importance of communications.

There seems to be some distrust between these protective functions that is sometimes encouraged at the supervisory level. The operation suffers as a result. The failure of managers to communicate can also actually create liability rather than reduce it. If each director wants to exert control over the incident rather than work cooperatively as a team, it also presents an unprofessional work product.

Security and surveillance directors and managers certainly need to exercise positive people skills, just like any professional manager. This can be accomplished without damage to the operation or the structure of internal controls that are necessary. Here are a few suggestions for executives and managers who want to improve the relationship.

Clear Understanding Of Responsibilities
In many instances, the cure is as simple as memorializing the duties and responsibilities in a clear and concise written document. As an example, having a written policy and procedure involving who is charged with conducting what part of an investigation can go a long way in preventing misunderstandings. Fostering a team concept, rather than a competing one, will prevent animosity and distrust.

The investigative function in a gaming environment is conducted by various persons, depending on the regulatory and management environment. In a lot of tribal environments, an independent arm conducts all facets of an investigation. This actually makes it easy for the security and surveillance departments, which merely provide their expertise to the investigation arm of the operation.

In land-based or other environments that do not have the independent department that conducts investigations, it becomes much more challenging. Frustration occurs, for instance, when the security representative interviewing a suspect, though he may be a good interviewer, is not aware of the details or specifics of table game crimes or cheating methods. The surveillance director watches the interview live, and becomes immediately frustrated because in their mind the right questions are not being asked. When there is not a law enforcement investigator involved, the case can be damaged by the lack of knowledge.

Another example is when a surveillance agent calls down to security and tells them to detain a person, but does not communicate why or if they can handcuff the suspect if he refuses. Security personnel will certainly be concerned about committing legal torts like false imprisonment and will ask why. The response from surveillance is typically curt, also out of frustration.

Clear and specific written responsibilities should help in these situations. Who conducts the interview, completes the written report, collects the evidence and follows the case through termination of an employee or prosecution of a suspect should be very clear.

Weekly Meetings
A good start to effective cooperation is having the directors meet every week at the same time and discuss projects, concerns and communications between themselves. This can be over a cup of coffee or in an office somewhere away from the department employees. Regardless of what is going on, this meeting is critical to the successful operation of the overall protective function.

There is a tendency to avoid meetings if there is a belief that nothing is going on that needs to be communicated. In reality, this is not the case, and if both are willing to open up a little, the outcome will be quite obvious and rewarding. Selecting a particular department or recurring issues will help stimulate the meeting.

In extreme situations, the general manager or tribal council representative attends to make sure that the departments are talking and that the integrity of the operation is maintained. Information should be shared on routine investigations that do not directly involve security or surveillance.

The next step is to require the shift managers or supervisors of each department to meet on their respective shifts. This might require some creative mandates, and is sometimes prohibited by the regulators based on local issues and concerns. The key is to communicate and understand each other’s jobs, and how each can assist and make the job easier.

As the process is integrated as a routine, the necessity of the executive attending and acting as a moderator will decrease and communications will become two-way-as it should be.

Trading Information
Each department should share investigative information that does not involve a management employee or each other’s departments, and obvious “need-to-know” confidentiality. At least the directors should be aware of the basic investigations that are under way by each, to ensure proper response once the incident is presented.

If surveillance has been working on an internal theft investigation where an employee is using some form of device to dump a game to a customer, security should be aware of the basic circumstances prior to the arrest, to preserve any potential evidence or crime scene. This does not necessarily mean that each security officer should know, but at least the supervisors should all be in the loop.

Daily reports should also be shared to allow each department the opportunity to share observations or offer assistance to each other. Guidelines for what information should be disseminated to positions lower than the director are certainly appropriate. If either person violates the confidentiality of the reports, individual consequences should be addressed-not a knee-jerk reaction of stopping the flow of critical information.

Training Each Other
Security personnel should be trained in very basic game protection. They should be aware of the terms of art and devices involved in each, so they can assist surveillance. Strict rules regarding this knowledge should be enforced.

Surveillance should be trained in the laws of arrest, elements of crimes, and the rules of evidence in criminal and civil courts, to fully understand the dangers of detention, false arrest and false detention. The value of this training will become obvious.

Design Communication Codes
I would suggest that the two departments put together some basic communication codes.

The code is designed to quickly communicate a series of sentences that allow for a quick response by either department. As an example, the code “G1” might be the code that surveillance uses to communicate to security that they have video evidence of cheating occurring, have notified the proper regulatory agent and have probable cause to detain the suspect. This communicates the vital information in simple terms to reduce the apprehension for response.

In security, when they are getting ready to evict an undesirable or respond to an incident where an ejection from the premises is imminent, a code of “T1” might be used to designate a trespass warning. In this case, the code and location is called to surveillance, and they would attempt to capture the events and follow protocols for making a video clip or composite of video. Sending these video clips back to the security director-whether a report is generated or not-also improves the communication process and demonstrates that both departments are communicating. Surveillance should also try sending positive video clips to the director and boss to show security doing something positive.

As in any work environment, the positive relationship between departments starts with communication. It continues with learning to work together for a successful outcome-instead of complaining about each other to the boss.