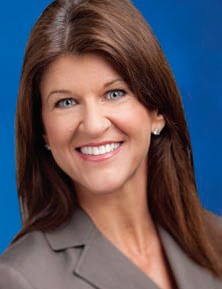 After years in the gaming business, I was recently humbled by being the recipient of the Casino Marketing Lifetime Achievement Award in Las Vegas. As I reflected back on my career and the mentors who have shaped my life, it became clear to me that those who have influenced me the most have had a similar path. Our gaming careers began in entry-level positions. We learned the business—and fell in love with the business—from the ground up. And actually, in many ways, from the player up.

Diana Bennett, CEO of Paragon Gaming LLC and daughter of legendary William G. Bennett, has played the most impactful role in my career and personal life. Not only was Diana faced with being in the role of “the owner’s daughter,” she was also a female executive in what was a traditionally male executive role during the early years of the gaming industry. Her style of leadership demonstrated a level of ownership in every part of the business.

I admired that style. It became the foundation of my success, and my standard business practice during my tenure with Station Casinos led by Frank and Lorenzo Fertitta.

When you think and act like owners—owners who love what they do—it becomes less about “what keeps you up at night,” which we all hear so often in business. Instead, it becomes more about “what gets us up in the morning.” That’s passion. That is loving what you do, and as a result, where you can make the most difference. You have to love this business. It’s hard. It’s 24 hours a day, seven days a week, 365 days a year. It’s your holidays, your social life and your professional life all rolled into one.

We are selling entertainment with an expected outcome. To do that well, to understand the experience, you have to know what it’s like to lose as well as win. You have to experience the thrill of a jackpot and understand the emotional reaction. There are many ways my mentors have trained me to do just that.

During my time in casino marketing, several executives were tasked with playing at the competitors’ properties to evaluate their operations and player’s club programs. I was playing video poker at a casino in Las Vegas and hit four Aces for $2,000. On the same machine, I hit it two more times over the next few trips. Do you think I ever played another video poker game at that property? No! If someone was playing the machine, I would circle it, go get coffee, then come back… Here I am in the business, knowing better, and yet I still believed that this was my lucky game and would wait until it became available. Remember this story the next time a player gets upset when they learn you moved their favorite machine.

Over the years, I have built on the lessons my mentors have taught me, and am now in the position to teach and guide a new generation of industry professionals. I was recently in a working session at IGT that focused on the core principles of the company over the last 30 years. I ended up putting everything through the lens of what we called the “3 Cs:” Credibility, Convenience and Customer Service. I later ran those same 3 Cs through my leadership lens as an exercise to compare myself against my mentors, and as a way to illustrate these values to my team.

• Credibility. Did I keep my word with my team and my supervisors? Could my team rely on me to represent them at a corporate or senior level? Having worked my way up the ladder, over the years almost every position that reported to me I had once held. My team trusted me—credibility mattered to me as a leader.

• Convenience. Did I make it easy for my team and my peers to get an answer so they could do their jobs? Did I think about the steps involved for both players and front-line team members when developing the latest casino promotion? Understanding their work processes, tools and the impact that employee enablement has on job satisfaction is important.

• Customer Service. This is the principle that shaped my career path more than any other, and I learned this one from the best of the best: Frank Fertitta, Jr. and his sons, Frank and Lorenzo Fertitta; Mr. Bennett and Diana Bennett; and I would also add Phil Satre, Steve Cavallero and Jim Perry to the list. These are the mentors who have best demonstrated to me the value in walking in the player’s shoes first.

At IGT, our No. 1 operating principle is “Customer First.” Having lived the life of the customer and walked in those shoes first, our global marketing support team is focused on delivering on that principle with first-class service and the results our customers need. Much like my mentors taught me.