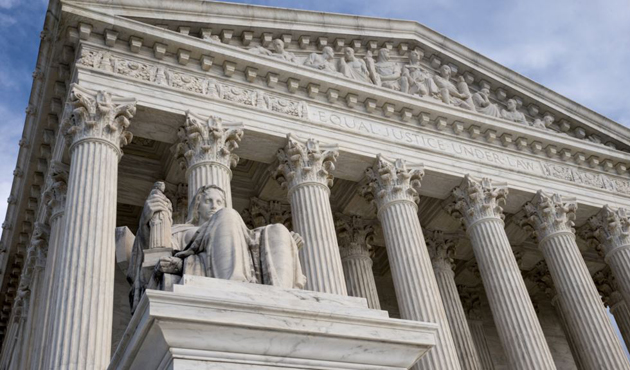 The Supreme Court of the United States will hear the appeal of the state of New Jersey that challenges the federal law banning sports betting. The case will be on the high court’s docket in the fall.

Arguments by the state’s lawyers have challenged the constitutionality of the federal 1992 Professional and Amateur Sports Protection Act (PASPA). The law bans sports wagering in all but four states that had previously approved some form of sports wagering. Of the four, only Nevada has full single-game sports betting; the other three have forms of parlay wagering.

“This federal takeover of New Jersey’s legislative apparatus is dramatic, unprecedented, and in direct conflict with this court’s 10th Amendment jurisprudence barring Congress from controlling how the states regulate private parties,” Christie argued in the appeal before the Supreme Court.

New Jersey lawmakers crafted their sports betting law following an opinion by former U.S. Solicitor General Donald M. Verrilli, Jr., who asserted in a brief filed with the Supreme Court that New Jersey was free to repeal its state ban against sports wagering “in whole or in part” without violating PASPA.

The bill Christie signed into law did precisely what Verrilli had suggested—repealed the state ban on sports betting to institute a state-regulated system. However, the solicitor general’s office subsequently reversed Verilli’s opinion, saying that any state law authorizing sports betting would violate the federal ban. In May, current Solicitor General Jeffrey Wall filed a brief with the court recommending that the justices reject hearing New Jersey’s appeal.

The court’s decision last month to hear the case was a surprise to many, since the high court has typically followed the solicitor general’s opinion in declining to hear previous cases. In general, the court only agrees to hear 2 percent to 3 percent of all cases referred to it, making any case a long shot from the beginning. The decision has given a boost to advocates of a PASPA repeal in suggesting the justices feel New Jersey’s arguments have merit.

None of those advocates has been more vocal than the American Gaming Association, which has been involved in a campaign to repeal PASPA as the New Jersey case has wound its way through the courts. In a press call immediately after last month’s announcement, AGA President and CEO Geoff Freeman said the court’s decision to hear the case is “another nail in the coffin of PASPA.”

“This has been a failed ban on sports betting,” Freeman said, “which has created an unregulated $150 billion illegal market with no oversight for law enforcement and no accountability to regulators and no concern for the integrity of the games.”

He said that while adding one state to those offering legal sports betting is not going to solve this overall problem, the Supreme Court’s willingness to hear the case “furthers the likelihood of congressional hearings this fall” in the legislation introduced earlier this year to repeal PASPA, which is supported by the American Sports Betting Coalition, a group of lawmakers, law enforcement officials and local and state govern- ment the AGA assembled earlier this year.

Freeman also noted that the atmosphere in which the 1992 ban was passed no longer exists—the technology to regulate, control and monitor sports wagering, as proven by successful European programs, has advanced to the point of ensuring integrity both of wagering and the games themselves. He added that attitudes towards sports betting also have changed, with the heads of the major sports leagues—notably the NBA and the NHL—coming out recently in saying the federal ban should be at least re-examined if not outright eliminated.

Arizona, Louisiana, Mississippi, West Virginia and Wisconsin joined New Jersey’s effort to have the case heard by the Supreme Court.

Meanwhile, reaction poured in around the industry to the Supreme Court decision. In Connecticut, representatives of both gaming tribes, the Mohegan Tribe and the Mashantucket Pequot Tribe, lauded the decision.

“We are pleased the Supreme Court has agreed that it should hear this important case,” Kevin Brown, chairman of the Mohegan Tribe, owners of Mohegan Sun, said in a statement. “And we are hopeful (the justices’) decision will provide further encouragement for Congress to take the steps necessary to create a safe and regulated sports wagering marketplace in the United States that will protect the players and the sports themselves. Mohegan is well poised to thrive in such a regulated marketplace.”

Mississippi state Rep. Scott DeLano told the Biloxi Sun Herald that sports betting could usher in another golden age for the state’s casinos.

“We feel this could be another 1990s for the state of Mississippi,” DeLano said, referring to the first explosion of construction and expansion for Mississippi casinos. “We want to be ready for any new investment that we can do in a responsible way. I would be surprised if we don’t get (sports betting) this coming session.”

Even Las Vegas casino operators, owners of a monopoly on legal sports betting, welcome expansion of wagering to other areas. “It’s not a bad thing for us,” MGM Resorts Sports Book Director Jay Rood told the Las Vegas Review-Journal. “Since we’re a brand that’s beyond Las Vegas, we’re interested in it being allowed in other jurisdictions, especially the jurisdiction where we currently reside (in New Jersey).” MGM owns the Borgata in Atlantic City, as well as properties in several other states.

“A long time coming, today’s announcement is welcome news to the citizens of New Jersey who overwhelming voted for a constitutional amendment to allow sports betting in our state,” U.S. Rep. Frank LoBiondo (R-N.J.) said in a statement posted on his website. “The billion-dollar sports betting industry should not be limited to a few states, nor should the federal government stand in New Jersey’s way.”