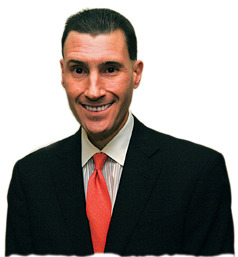 One of the big stories of 2007 was the yanking of the New Jersey casino license for Tropicana Entertainment, the casino division of Columbia Sussex. The state Casino Control Commission found that Chairman Bill Yung disregarded several regulations and failed to maintain a “first-class resort” as stipulated in the Casino Control Act. The Atlantic City Tropicana was put up for sale (yet to be consummated) and the company scrambled to survive as Indiana also forced a yet-to-be-consummated sale of the company’s Evansville property. The board brought in turnaround artist Scott Butera, who helped the Trump Organization emerge from bankruptcy in 2005. Butera immediately went to work purging the company of the offenders, and the Yung family was ousted. He spoke with Global Gaming Business Publisher Roger Gros at the Tropicana in Las Vegas about what he has done and what to expect from Tropicana Entertainment in the near and long-term future. To hear the full version of this interview in a podcast, go to www.ggbmagazine.com and click on the GGB Podcast button. GGB: When you first came on board, things were disorganized and chaotic in the company. What was your first priority? Butera: You’re right; this was very much a troubled company when I got here, both operationally and financially. The biggest challenge we had was deciding what was the right step in turning this around. How do we break ourselves free from some of the things that have gotten ourselves into trouble so we can start improving the operations?
For us, that was establishing ourselves in good standing primarily with the regulatory authorities we work with. Clearly, being in the gaming business and being a gaming operator is a privilege, not a right. We wanted to establish that we’re a company that could operate in good standing, that we could operate in compliance with regulatory authorities and with laws, we could produce accurate financial statements on a timely basis, and we could get our constituents comfortable so that they’d be a little bit patient. We knew we could improve the company, so that we could finally start improving the operations.
And that’s what we’ve been doing over the last three to four months and I think we’ve been fairly successful. Did you realize right away that Bill Yung had to be removed from the company, and how did you accomplish that? I think Bill Yung got in the situation because he obviously bought an asset at the height of the market. He paid a big price for Aztar, and to effect that transaction he leveraged the company significantly. Shortly thereafter, there was a fair amount of downturn in the operations. In order to save cash to be able to make debt service on the high leverage, he had to do a fair amount of cutting. A lot of that came through labor. That created issues with the unions in New Jersey, and I don’t think that the communication of why the company was doing what it was doing was as effective as it could have been.
We realized that we needed new oversight. In order to be in good standing, our regulators and our investors wanted to know that there were new people at the helm. We put in a new board with three quality individuals (Brad Smith, Tom Benninger and Mike Corrigan) and myself. We’re all highly experienced, credible people that have a much different perspective on the business. So do I necessarily think that from an operational and financial standpoint Mr. Yung leaving was critical? Only in the sense that we wouldn’t have the opportunity to be here unless that was the case. Does Bill Yung or his son Joe, who always played a part in the company, have any role at this point? No, they do not.
Let’s talk about the Las Vegas property. What are your short-term goals for this property? We have an outstanding location. We have 34 acres, we’re two miles away from McCarran Airport, and as Las Vegas Boulevard continues to get more crowded, we think that’s going to be important. We obviously have a lot of development that’s going on just south of us, as you get past Russell Road and south of that. So we’re very excited about the location. What we’re going to be doing is making investments in this property with a five- to seven-year horizon. How about Atlantic City? You’ve recently indicated that you’d like to be reconsidered to get back into the bidding process there. What’s your impression of how that process has been run up until this point? I think the prospect of trying to sell a large asset in Atlantic City right now in this market is very difficult. The capital markets are probably the worst I’ve ever seen, having spent 16 years on Wall Street and having been an operator thereafter.
What we’ve tried to do is we’ve had preliminary discussions with the Casino Control Commission and said, “Look, we’re a new company, we’re not Columbia Sussex; we’ve tried to address all the things that you’ve highlighted when we weren’t able to get a license, and of all the people out there that can come in right away and help that asset both with managerial skills and with financial resources, we’re the ones that could do it the most quickly. We’re supportive of the sale process, but if that process doesn’t bear fruit…”
We’d like to be considered a potential alternative to selling the asset, because really it was the question of do they really want to sell the asset, or do they really want all the negative elements of Columbia Sussex removed? We’ve removed those negative elements, so we feel like we would be as good as any other bidder, particularly a bidder who might have to scratch to put together a deal.