Mr. Wynn, stupid regulations and why it is better to be happy than right 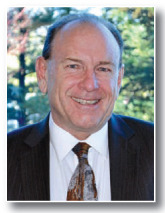 A few years back, I had the opportunity to live in Macau while teaching a class on Casino Management & Regulation at both the University of Macau and Macau Polytechnic Institute, a class that had been organized by my friend Bill Eadington.

For my first lecture, I opted to wear an old pair of cufflinks that my mother had collected during the Nixon era, for my mother had been this diehard Republican, and the design of these cufflinks was simply the late president’s last name.

As I was introducing myself to the class during my very first lecture, I mentioned that I was wearing the cufflinks, and following the class several of the students (which included a number of professors from Macau) came up to take a look. I was fascinated by this response—these people really wanted to see the Nixon cufflinks and were actually somewhat reverent about them, and so I made one of my tasks during my tenure in Macau to understand why this was the case.

The simple answer was, of course, that President Nixon officially recognized China as a country. I came to understand that the adoration for Nixon in Macau was about much more than just the act of his recognizing China, however, and the something else that I came to understand was the concept of face.

I would never be so foolish as to suggest that I can speak to the cultural nuances of face in China; I cannot. I did come to understand the notion to the extent that to pubicly shame someone was to cause that person to lose face, and that causing someone to lose face carried with it the potential of further action, and that further action could be unpleasant. Anyway, I believe that I have learned enough on the topic to suggest that this whole thing of losing and saving face is critically important.

Last October, Steve Wynn made a mistake. In the context of an earnings conference call, he suggested that a regulatory process that addressed how many tables could be offered in a casino in Macau was basically stupid.

Unfortunately, the target of his message lived by a code that such public shaming was a manifest and material loss of face and such an action could not take place without a cost. And as the gaming world has clearly seen, that cost is a very low allotment of gaming tables for Wynn’s new resort in Cotai.

As I have gotten older, I seem to continually re-learn the lesson that it is often better to be happy than right, and when it comes to rants during earnings calls, my guess is that Mr. Wynn now really appreciates that concept. If there is a call that he and his many stakeholders could take back, I would guess it would be that call.

But that is that, and unfortunately another interesting thing that I believe I have learned about the Chinese mindset is that it definitively has a long view—meaning, of course, that Wynn will probably be in the penalty box longer than he would like.

Underneath this all, however, is the fact that Wynn was absolutely right. For a regulatory entity to make an effort to control the inputs into the production process is a huge market distortion—and market distortions, by definition, screw up markets, and this leads to a stream of unintended consequences that typically benefit no one.

Furthermore, one does not have to fly to Asia to see this, for an integral aspect of the tribal compacting process in California is the placing of caps on the number of devices that the casino facility can offer.

If a casino is to have its tables or slots limited to a number below that which would exist if determined by market forces, the results are somewhat predictable. The casino will not be able to meet demand, and will therefore offer overcrowding and poor service to its guests.

With slots, even if they are server-based, there will be denominations that are not available, and people will not be able to get on machines. For table games, the casino reacts to the lack of supply by raising the table limits, which eliminates the revenues and repeat patronage of the lower-tier player. And the fact that this casino offers poor service because of this supply restriction is not good for anyone.

A major issue with regulatory entities is that they are monopolies, led and staffed by people who often have a limited literacy and fluency in business, finance, economics and other skill sets that are materially important to understand in order to orchestrate an appropriate public policy and avoid the all-too-present law of unintended consequences.

Furthermore, as a result of this limited literacy and fluency, they often make decisions based on fear and/or ignorance. The end of this daisy chain is that people who are trying to invest in communities, pay taxes, employ people and enhance the tourism appeal of a jurisdiction get subjected to a regulatory circus that, quite frankly, makes no sense.

It is the damage that these regulators do to the public policy goals of their jurisdictions that should be the cause of the loss of face, and not someone speaking to the truth.