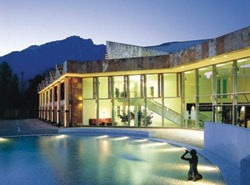 Introduction
As an outsider, looking at Germany, Austria and Switzerland can present one with a false picture of similarity. Maybe it is the shared language-except of course for the large French- and Italian-speaking regions of Switzerland-that encourages this belief. And with shared language there undoubtedly come some cultural bonds.
But when it comes to gaming, and casino gaming in particular, each nation has chosen to take its own disparate course. In this three-part series, we’ll take a look at the current state of the industry in each of these unique players on the world gaming stage.

Part I: Germany
The circumstances of Germany’s casino operators have long been viewed with awe and disbelief by those outside and inside the country. That the industry continues to survive in such a hostile environment is as astounding as the existence of those bizarre creatures on the deep ocean floor, gathered around super-heated water vents and thriving in conditions thought all but impossible for the
And yet, there they are-the casinos, not the weird sea creatures-still in business, still searching for new ways to attract players, still giving up to the state an average of 80 cents of every euro retained by a table game or slot machine.
That 80 percent average tax rate on gross gaming revenue varies by jurisdiction, as casino regulation is delegated to the 16 federated states. Within the former East German jurisdictions, where economies are still developing, lower rates of between 60 percent and 70 percent can be found. But top casinos in the West can find themselves paying as much as 92 percent of GGR in tax.
With that kind of disincentive to private investment, it is understandable that about half of the casinos are owned directly by state governments. State ownership is one explanation for the increase in the number of casinos in recent years. In 1990, there were 34 casinos with tables and slots, plus another 10 “dependances”-generally slots-only casinos in separate locations but belonging to one of the locally licensed casinos. By 2005, the population had increased to 49 casinos and 31 dependances. Last year, the total of gaming premises had increased by only one over 2005, with the number of casinos increasing to 55 but dependances falling back to 26.
Those 81 properties last year managed to produce GGR of ?923 million and paid an estimated ?760 million directly to the states’ treasuries. This left operators with somewhere around ?160 million or so-or an average ?2 million per property-to put toward the expenses.
It’s a tough way to make an easy euro, and in recent years it has been getting tougher. From 1995 to 2000, GGR grew from the equivalent of ?674 million to ?945 million. Since 2000, though, revenue has been flat or worse. It slipped to ?944 million by 2005 and, as shown in the figures above, has decreased by another ?21 million since.

New Regulation
Since the start of 2008, operators face even more challenges.
At the national level, the Ministry of the Interior has established several new casino regulations, applying to all 16 states. Casinos may no longer advertise in the media. To increase protection to players, casinos must maintain databases of players who have requested to be barred from entrance.
Not content with the self-exclusion measure, regulations now permit even a family member of the player in question to request an entrance ban. Casinos can be liable for a player’s losses if they are found to be taking advantage of an at-risk individual. Identification and an entry fee, which have always been required to access the table game area of a casino, are now required for admittance to even the slot area, which has its own entrance and is always separate from the tables.
All these measures taken together have the end result of limiting and reducing the number of people who are aware of the casino offering and are willing or able to partake of it.
As icing on the cake, new smoking regulations mean casinos must provide separate playing areas for smokers, if the operator still wishes to allow smoking. The group that represents the interests of Germany’s casino operators, known as DeSIA-Deutsche Spielbanken Interessen und Arbeitsgemeinschaft-estimates that 70 percent of casino visitors are smokers. The smoking areas must be walled off from the non-smoking areas, with doors between the two spaces. Yet another item on which to spend that leftover 20 percent of GGR.
Figures from 2006 show that in the entire country that year there were 530 tables and 7,000 slots in casinos. As the number of casinos has remained fairly stable, those numbers have not changed much. Slots did and still do account for about 75 percent of gaming revenue. When you consider a total population of well over 80 million inhabitants, and the decreasing casino revenue, it is easy to imagine either that demand is being artificially suppressed or that gambling does not appeal to the German character. But estimates of gambling via other media belie that second assumption.
For example, Germany has various interactive games being offered via the television. This is a fairly unregulated market, with little in the way of consumer protection in comparison to casinos. DeSIA estimates that an astounding ?2.5 billion is being spent on this form of gaming annually. Another distraction from the casino is online play, which is said to be pulling about ?135 million from the industry’s GGR.
But the biggest competitor to the casino slot sector in particular is Germany’s huge AWP (amusement-with-prizes) industry. Figures for 2006 show that there were 200,000 AWPs in operation that year. These machines, which mimic casino slots in almost every way, are limited by law to payouts averaging no more than ?500 per hour. However, that is apparently a big enough sum that AWPs grossed ?2.75 billion in 2006-and with none of the above-mentioned restrictions and complications which face the casino operator.

Staying Alive
So how does one manage to stay in business with a casino in Germany?
One option is the casino-as-entertainment route. Not that a meal and a couple of glasses of wine will be able to overcome the vicious tax bite, but if you get enough people passing through the casino, some among them might turn out to be players.
One company that has embraced the entertainment approach is Westspiel Casinos, a progressive operator of eight casinos active in several states, which is unusual in itself. Among the group’s properties are Casino Berlin on Alexanderplatz-one of Berlin’s two casinos-Casino Duisburg in the west of the country close to the Netherlands, and Casino Hohensyburg just outside the city of Dortmund.
The Duisburg property is one of the newer casinos in the group. Located in a densely populated area, near the industrial cities Dusseldorf and Essen, it is one of the largest casinos in Germany with 350 slots and 28 tables. The casino offers special events such as Scotch or wine tastings, how-to cocktail mixing lessons, special group entertainment arrangements, and evenings where one can attend a classical music concert at the hall next to the casino, and afterwards socialize with the musicians. The casino even has a service that will bring gaming to your home or location of your choice for a private party, including catering.
In recent years, another familiar attraction began to draw players to the casino. The televised poker tournament was at first not accepted by the German media. But the cable and satellite transmissions from other countries infiltrated the homes of players and created a demand that could not be ignored.
All this interest, of course, was heavily fueled by the online poker boom. Almost overnight, poker-which had been dying gradually for years after having experienced a slight up-tick in German casinos in the mid 1990s-became the game du jour. German commentators were dubbing their commentary over productions from the U.S. and England, and then German television started producing its own events. Finally, the casinos that had intentionally shut out the first international poker surge in the 1990s all decided to open the door to this new version of the game.
And so it goes for the German casino operator. From a business point of view, excessive government interference and taxation would appear to have created a bonsai-esque industry. And while proponents of those strict measures might claim to be protecting the society against excessive gambling, those 200,000 street-level slots with seemingly little or no oversight, plus television games being pumped right into the family living space, indicate a policy that could be described as inconsistent at best.

Germany Goes Offline
At the start of 2008, the Interstate Lotteries Treaty went into effect throughout all of Germany. From that moment, all internet gaming inside Germany-except wagering on horseracing-became illegal.
The treaty had been proposed some years earlier, and 15 of the 16 German states were prepared to ratify it. But Schleswig-Holstein refused to go along with the rest of the states, and the treaty was put aside in December 2006. Then, in 2007, the lone holdout reversed its decision and the die was cast.
Aside from banning internet gaming, the treaty makes it obligatory for financial institutions to block payments to online gaming providers, much like the U.S. anti-internet law. In the realm of traditional gaming products, it extends the existing monopolies on the provision of lottery games and sports betting currently held by state lotteries.
The government has the right to prosecute both providers and consumers of online gaming, but so far no actions have been reported.
At the end of January, the European Commission sent the German government an official request for information on its laws regarding the restriction of gambling services. It is the first step in a process that could lead to infringement proceedings in the area of free and unrestricted services.
The commission specifically will be looking at the total prohibition of internet gaming-especially sports betting-and the prohibition regarding financial institutions and payment to gaming providers. Also of interest are certain advertising restrictions included in the treaty.
What the commission will be looking at is the consistency of the measures within the law. Basically, a European Union Member State cannot block access to one form of gaming if it is encouraging citizens to participate in another.
In the case of Germany, it is almost certain that the matter will proceed to the next step, the infringement procedure.