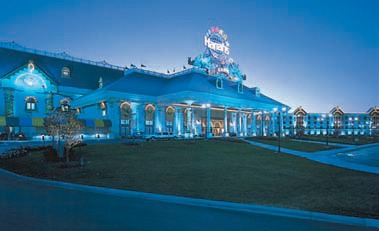 Harrah’s Casino in Tunica, Mississippi closed at midnight on Sunday, June 1, putting close to 1,000 people out of work. Tunica Convention & Visitors Bureau President and Chief Executive Officer Webster Franklin said, “I’d love to be able to sit here and spin that this is something good. But this is not good.” The facility also includes a convention center and RV park.

When the property opened in June 1996 as the Grand Casino, it was the largest casino between Las Vegas and Atlantic City. It became Harrah’s Tunica in May 2008, the largest of Caesars Entertainment’s holdings in the state.

The company announced plans to close

Harrah’s Tunica in March 2014 as its customer base declined by half in the last six years, from 3.4 million players in 2007 to just 1.7 million in 2013. But the final blow most likely was Mississippi River flooding that caused the casino to close for nearly a month in May 2011.

The company had tried to sell the facility, but was unable to find a buyer in four years.