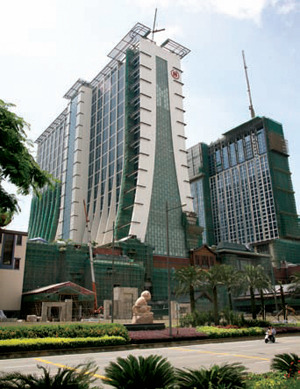 Sands China is exacerbating a shortage of local labor as it attempts to staff its new Cotai Strip integrated resort.

Macau Daily Times reports that the latest recruitment campaign from Sands China is seeking 500 staff for luxury hotel and retail center Sands Cotai Central. A recent two-day job fair follows a 2011 event that resulted in the hiring of 5,000.

Sands COO Edward Tracy said he is confident the new campaign will produce the desired result. Over 300 applications had been received before the recruitment fair officially began.

There are fears among some that the need for such large numbers of local workers is putting a strain on smaller businesses.

Later last month, Sands China was granted an additional waiver to hire 2,500 foreign workers to staff the new Cotai Central, slated to open in May. In order to make those hires, however, Sands must hire 3,100 local workers before March 31.

The head of labor affairs bureau DSAL, Shuen Ka Hung, said after visiting the fair that he worries about workers leaving small and medium enterprises, or SMEs. That is what happened at recruitment fairs of other major gaming operators. It is a prime factor in the current, record-low unemployment rate of 2.1 percent.

Shuen promised to try to encourage more locals to join the labor force and to continue to import labor to ease shortages facing SMEs.