Bermuda hoping for casino by 2017 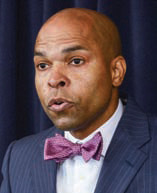 A Bermuda official says the island nation is behind schedule on developing gaming regulations, but hopes to have a casino up and running in time for the 2017 America’s Cup yacht race.

Bermuda Tourism Minister Shawn Crockwell said the Bermuda government is behind schedule for what he says is an ambitious deadline to have a casino by 2017—thus far, it only has appointed a Gaming Casino Commission.

“Obviously, we would like to have it for the America’s Cup, when there is going to be that volume of people in Bermuda,” Crockwell told the Royal Gazette.

“The process has taken longer than I expected, but there are a lot of components to this. There has to be consultation with various bodies and there are so many things you have to do to make sure that, once we are up and running, we are not falling afoul of international standards.”

The gaming regulations must go through the parliamentary process, which can take a great deal of time, Crockwell said, but they should be completed during Parliament’s next session. Veteran gaming regulator Richard Schuetz has been named the commission’s executive director.