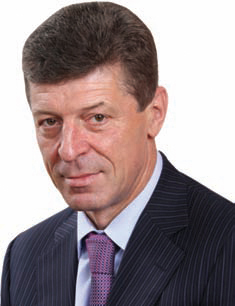 Proposals for the formation of a casino zone in the recently seized Crimea are scheduled to be submitted to the Russian government by April 15.

“This option is being looked at. If it works for the development of Crimea, it will be a zone in a non-populated area,” said Deputy Prime Minister Dmitri Kozak.

Earlier, Minister of Economic Development Alexei Ulyukayev said that the special economic zone could be created to assist the Crimea in rebuilding a flagging economy. The zone is expected to include a package of tax and investment incentives similar to the casino zone designated five years ago for Russia’s westernmost Kaliningrad region.

The government outlawed casinos in major metropolitan areas in 2009 and relegated them to four outlying districts, which in addition to Kaliningrad are located in the Don-Rostov region not far from the Crimea, and in Altai in Central Asia and around the Pacific coast city of Vladivostok.