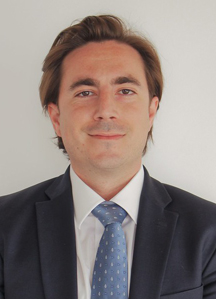 As a consultant on gaming with KPMG, Russell Mifsud focuses on new trends, licensing, strategic opportunities, compliance, M&As, competing jurisdictions, disruptive technologies, cryptocurrencies and gamification. His office in Malta organizes an annual conference that covers all things gaming around the world and online, and particularly in Europe. GGB Publisher Roger Gros caught up with Mifsud in London in February at the ICE trade show to discuss how gaming in Europe is evolving.

GGB: Explain what your role is with KPMG. And who are your clients?

Mifsud: I’m an economist and I have the pleasure of looking after all the “fun” industries for KPMG. Gambling is my bread and butter and my main focus. My role is to provide insight on gaming to our clients on a local and global scale. We try to keep our fingers on the pulse of the industry, which isn’t always easy as it’s growing and maturing. We try to give our clients a 360-degree view of the risks and opportunities for our clients.

Our clients are a combination of investors and companies in and out of gaming. When I first joined KPMG, I was scratching my head because I’m not an accountant, but I’ve been able to do everything from audits of the largest online gaming companies to the tax situation, for example, what will happen now that Brexit is a reality. My area of specialization is online gaming.

It’s been a challenging time for gaming in Europe from the regulatory perspective and responsible gaming angle. Why has this come to a head now?

Let’s take it back to 2003, when online gambling really started. The EU had just gotten up and running and Malta wanted to establish some gambling regulation that could be ported across Europe. Yes, we had a good tax regime, but a license in Malta would allow an online casino to target jurisdictions that did not have any form of gaming regulation. So Malta became a one-stop shop. The EU told countries with no gambling regulations that they either had to develop some or accept the licensed entities operating from Malta.

As time went on, whether it was for tax reasons or for player protection and responsible gaming policies, most countries have developed online gaming regulations. So what does this mean for the operator? Before all these countries developed online gaming regulations, it was easy to enter the sector, margins were wonderfully high, and they didn’t have to worry about aligning their regulations through the various territories.

The industry is now struggling and trying to change the image of gambling, but in order to do so has found itself in tricky situations, regulatory-wise.

Is part of the problem the sphere of gaming in Europe—bookmakers, small casinos, online gaming, sports betting, etc.?

Yes, and the lack of harmonization across all those kinds of gambling. Regulation has always struggled to keep up from a technology standpoint, particularly with remote gambling. Malta’s goal was to always keep pace with technology and not lag behind innovation. Of course, that’s no easy task, especially when you include esports, daily fantasy sports, skill games and the like.

As the industry matures in Europe, the big players are getting bigger, making it tougher for startups.

So Europe is becoming more like the U.S., where every state has different regulations. It seems Malta isn’t the one-stop shop anymore.

Correct. If you’re going to operate in the U.K., France, Spain, Italy… they’ve all got their own regulatory regime. Then you have the grayer markets, comprised of jurisdictions that haven’t got the regulatory landscape, and then at the other end you have your black markets, where it’s illegal for licensed companies to be targeting players, but where also it’s illegal to be placing bets online. The value of a license in Malta, now that other jurisdictions have set up regulations, has been diluted, but can be of value in the gray markets. But here is where your legal counsel is going to have to be very aware of all the ramifications.

Now that Brexit is a reality, is there any more oversight from the EU on British gambling, online or land-based?

Frankly, I’m not exactly sure. From a Brexit standpoint, we’ve seen speculation and uncertainty for several years now leading up to the final break. Over the next 11 months, we’ll find out what will happen as negotiations progress. The EU, of course, holds the U.K. in very high regard because it’s the most mature and robust online gaming market. So I believe the U.K. will play a defining role whether or not it is part of the EU.