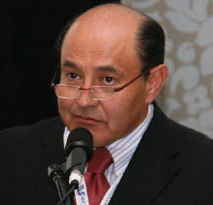 The question of how tribes might participate in an online gaming industry may be answered soon, as rumors heat up that the first tribal online poker room could be launched soon. Sources tell Global Gaming Business that two or more gaming tribes in California are preparing to challenge the notion that online poker is illegal and can only proceed with state or federal approvals.

California has been home to a bitter dispute between tribes about how and even if to get into the online business. Hearings held in the state legislature last year revealed a deep divide between the tribes over the issue. While it is unclear what the launch of an online gaming site would mean before the state or federal government passes laws permitting the activity, the participating tribes apparently want to force the issue.

The California Online Poker Association (COPA), a coalition of tribes and card rooms in the state, launched CalShark.com, a free-play poker site, last October. There is no indication that COPA is involved with the rumored money site.

Meanwhile, California, which has one of the largest state budget deficits in the United States, is eyeing one of the last painless sources of revenue left for states to tap: online gaming.

Estimates are that six out of every 10 online gamblers hail from the Golden State, and that illegal online gaming worldwide accounts for about $30 billion.

According to state Senator Lou Correa, who has for several years pushed a law that would legalize online poker, “The issue isn’t should people bet online. It’s happening already.”

He estimates that California could realize $250 million a year, which could go into education. He is confident that after several failed attempts, he will be able to pass some version of his law this year.