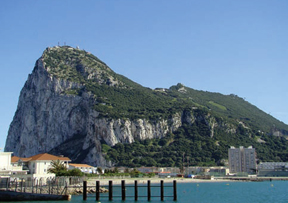 The European Union’s advocate general has issued an opinion that Gibraltar and the U.K. are one single market, rejecting a challenge by Gibraltar of new U.K. taxes on online gambling. The U.K. protectorate also faces implications from the opinion as it tries to deal with the Brexit vote. The E.U. Court does not have to follow the opinion of the advocate general, but rarely goes against the office.

Britain and Gibraltar are part of the same market, according to an opinion from the European Union’s Advocate general, a ruling that hurts Gibraltar’s challenge of U.K. online gaming taxes and could affect the protectorate after the Brexit vote.

The ruling came after Gibraltar’s challenge of new U.K. online gambling taxes or point of consumption taxes imposed in 2014. Gibraltar’s online gaming industry challenged that the U.K. was taxing the free movement of services within the E.U.

Advocate General to the European Court of Justice Maciej Szpunar issued an opinion in the case saying his office “takes the view that, for the purposes of the freedom to provide services, Gibraltar and the U.K. are to be treated as one entity,” the court said in a released statement.

Szpunar said the U.K. tax is a domestic tax not covered by E.U. law as it does not affect another E.U. state.

The court is not obligated to affirm the advocate general’s rulings in a final decision, but generally supports such rulings. Britain’s High Court had asked the E.U. Court for a ruling on whether Gibraltar was considered a separate territory than the U.K.

The ruling could have implications for the small protectorate and its large online gaming industry as the U.K. goes through with its exit from the European Union. Gibraltar is part of the E.U. due to its status as a British overseas territory. Its residents voted overwhelmingly against the U.K. leaving the E.U. Gibraltar officials have said they hope to negotiate a different associate relationship with the E.U. as Britain withdraws.