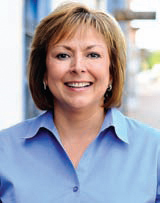 The New Mexico legislature is getting a second crack at the gaming compact negotiated between the Navajo Nation and Governor Susana Martinez.

The compact, which would be in force until 2037, would allow the nation to operate five casinos in New Mexico.

Lawmakers first saw the compact in last year’s legislative session, when they complained that they didn’t have enough time to deal with it.

This year’s session, which was scheduled to begin

January 21, will only last 30 days. The tribe submitted the compact on January 15. Although advised that some lawmakers would like a different compact, tribal leaders say they like the compact just the way it is.

Neighboring tribes are concerned by the number of casinos the nation would be allowed and that some of them might impinge on their own casinos.

The legislature is only allowed an up-or-down vote on the compact, and cannot amend it. It can ask the governor and tribe to renegotiate the compact, however.

If no compact is approved, the current one will run until June 30, 2015, the same time that four other gaming compacts expire.