Paragon under fire by BC regulators 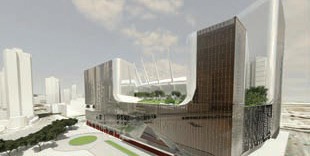 British Columbia’s Gaming Policy and Enforcement Branch is assessing whether Paragon Gaming is qualified to construct and operate a multimillion-dollar casino resort on the Vancouver waterfront. That review is concurrent with an investigation of Michael Graydon, former CEO of the BC Lottery Corp., who now works for an affiliate of Paragon Gaming.

David Eby, provincial government representative for Vancouver, told the Vancouver News that regulators are checking into “the circumstances of Graydon’s departure (from BCLC) and his violation of provincial conflict-of-interest rules, and whether that makes him ineligible to work for a gaming company in British Columbia.”

The company “may not be able to continue to operate the Edgewater Casino if they’re found to be not suitable,” said Eby.

Graydon is now head of PV Hospitality, a subsidiary of Paragon Gaming. He was named to the post in late 2013, during his tenure as head of BC Lottery Corp., the governing body, which reports to the minister responsible for gaming and the Gaming Policy and Enforcement Branch.

In December 2013, the city of Vancouver approved the relocation of the Edgewater Casino to a larger site at the Plaza of Nations across the street. The new property will be 72,000 square feet and would include two hotels, a shopping center, a conference center and other amenities.

The expanded casino can have no more than its current allotment of 600 slots and 75 tables.