When the storied Hard Rock brand lost its cool, a rebrand helped revive it 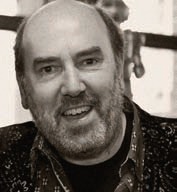 In 2007, the historic Hard Rock brand was getting a little creaky. Once the epitome of cool, Hard Rock had endured a nine-year slide in revenues and a corresponding plunge in public esteem. Then San Francisco-based advertising agency Duncan/Channon was called in to shake off the dust and remake this Rock of Ages.

GGB: A few years back it seemed the legendary HR brand had lost its luster. How did you not only update the brand but dislodge the image of HR as something beloved mainly by baby boomers? (It’s that old joke about “going from ‘hip’ to ‘hip replacement.'”)

Duncan: Hard Rock Cafe opened in London in 1971, and it was such a cool place that not only did rock stars hang out, they donated their guitars to put on the wall. But by the 2000s, the hipster movie Ghost World could put a Hard Rock T-shirt on a character to indicate she was a dork.

In part, Hard Rock became a victim of its success. It had accidentally invented “theme” restaurants, places like Planet Hollywood, with a bunch of fake memorabilia. But with its history and amazing memorabilia collection—all those guitars and, later, the handwritten lyrics and stage costumes, etc.—Hard Rock wasn’t fake at all. So rebranding Hard Rock was less about reinvention than about scraping off the barnacles. Underneath was a really cool, authentic brand, with an appeal to music fans of all ages.

The whole rebrand came about because of a new management team including current CEO Hamish Dodds and former CMO Sean Dee. They were raising the bar for Hard Rocks around the world, upgrading the menu, bringing franchisees more into the fold, closing properties that shouldn’t have been opened in the first place, relocating others and dramatically renovating the rest.

We were adding fresh memorabilia, from newer rock stars like Lady Gaga and Justin Bieber, to go alongside classics like Hendrix and the Who. You go into the Hard Rock at Times Square or on the Vegas Strip and you’ll see a sleek, stylish, contemporary bar/restaurant that’s definitely not your father’s Hard Rock.

You changed the logos, but subtly. What did that accomplish?

Three things. The Hard Rock logo was drawn in the early ’70s, almost on a lark, by Alan Aldridge, a friend of Hard Rock’s founder and one of the most famous young designers in London. He had been the Beatles’ design guru. But the logo needed technical finessing for various contemporary, high-resolution applications. So we re-drew it and modified it subtly.

The less subtle thing is that there weren’t one, but dozens of logos in use at Hard Rock properties eight years ago. It seemed that every holiday, every event, every whim would cause someone in the system to design a new version. For Halloween, someone turned the circle into a pumpkin. For a cocktail promotion, it became a lime. The inconsistency of the experience was symbolized by a crazy collection of frankly amateurish logos.

But while we got rid of the goofy marks, we did add one new one: the first pure Hard Rock logo, without the subhead that said “Café” or “Hotel.” We recognized that as the brand moved into digital, as it moved into the future, that mark would be useful. It would also be useful as they worked to better unify the variety of properties under one flag. After all, Hard Rock is not just a property, but a brand.

How about the gaming side of Hard Rock? What happened in those properties, and the hotels and cafés, to revive the popular appeal of the brand?

When the first Hard Rock Hotel and Casino opened in ’95 in Vegas, it generated a big new wave of buzz for the brand. Here was a contemporary, distinctly grown-up take on Hard Rock, with naughty amenities in the rooms, a hip music venue downstairs and rock stars all over the place—plus, of course, gaming.

The Vegas hotel—which, by the way, is one of the only branded properties not currently owned by the Hard Rock mothership in Florida—helped show the way for us to expand the brand’s appeal, while creating a halo for the cafés. And Hamish went on a mission to grow that portfolio around the world. So hotels and casinos have been key to the revival of the brand.

And, of course, when the Seminole Tribe of Florida, a gaming powerhouse and Hard Rock licensee, bought the whole enchilada a few years back and brought their deep pockets to the endeavor. That was another key.

Did it require focus groups, demographic studies and other “science” to hit the right notes?

Focus groups are more about making sure you’re not hitting the wrong notes, especially when you’re overseas, dealing with a culture not your own. If you let research guide you too much, instead of following your experience, instinct and inspiration, you’re sure to create something bland.

There had been some good research done before we arrived, but the rebranding project was conceived, and the initial work executed, in less than two months—not enough time for new research. Those guys were in a big hurry to get the thing turned around.

What kind of advertising and other messaging did you use to reintroduce the brand?

The media mix went across the board and around the world. A prime target for Hard Rock has always been travelers. So the first TV spot ran on CNN International, and print ads ran in in-flight and traveler magazines, and, of course, on Hard Rock’s a/v system, which reaches millions of viewers in the properties every year.

The campaign also had a substantial digital element. In addition to banners, that involved a partnership with Microsoft and the development of a vast memorabilia website, full of pictures and text, bringing Hard Rock’s proof of authenticity to anyone on the internet. The site would later be adapted for on-property interactive kiosks and “Rock Walls.”

Messaging has evolved over the years from “You know who you are” to the rockin’ fork image to our latest commercial, which works to showcase the upgraded menu—good, fresh food, freshly prepared by real chefs—without sacrificing our rock edge.

So how has it all worked? Can you give some figures about increases in patronage, sales, etc.?

Far be it for the ad agency to give out client facts and figures, but I can say that the turnaround was almost immediate, and it was dramatic. By every measure, sales, perceptions, transactions, it has been eight years of double-digit increases. In spite of a tough economy and a brutal downturn in the category, Hard Rock had a record sales year in 2011—another one.

The worldwide brand campaign included the slogan, “You know who you are.” Who was that message directed at?

The truth about the Hard Rock audience, which literally runs from six to 60, is that most of them have to go to work every day and have to dress a certain way and wear their hair a certain way and adhere to certain norms. That’s how they can afford to pay for the premium products that carry the Hard Rock brand. The point is, they’re not generally walking around in pink Mohawks (unless they work at Hard Rock). They have to carry the rock ‘n’ roll part of them inside.

It’s about memories, yes, but also about the sense of fun, freedom and rebellion we all want to maintain, in spite of our growing responsibilities. “You know who you are” was aimed at the secret rockers that walk among us, at anybody who still has the fire. It was aimed at the young lawyer in our TV spot whose Metallica T-shirt could still be seen beneath his white dress shirt. It was letting him know that Hard Rock is a place to literally and figuratively feed your inner rocker.

Is there a risk to using the vernacular, like “kick-ass service” and the like? The argot is always changing especially among the young, and what’s cool can be uncool in a moment.

Absolutely. That’s why we work hard to stay groovy and hip by never using words like that. “Kick-ass service” is strictly an internal thing for Hard Rock, the way they’ve long defined their standard of service to employees. And I must say, it’s been effective—Hard Rock service does kick ass.

Can you share Hard Rock International’s level of investment in the rebrand?

I can say that it was a substantial increase. I can also say that, whatever additional money was spent, three years after Hamish Dodds took over, the brand was purchased for just shy of a billion dollars. Normally, that’s the kind of ROI you only get at the craps table.