With the Roadrunner platform, AGS aims at a larger share of the U.S. slot market 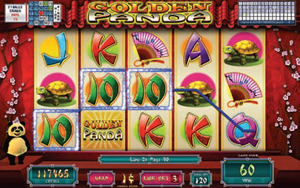 When former Alliance/Bally Gaming chief Bob Miodunski came out of retirement last year to become CEO of slot-maker American Gaming Systems, he had larger ideas than just expanding the successful Class II slot manufacturer into Illinois, where the company, at the time, was eying the new VLT market. With AGS, Miodunski saw an opportunity to seize market share in all the traditional markets as well.

Illinois, where the 2009 Video Lottery Act is about to be implemented statewide, seemed to be tailor-made for AGS. Miodunski says the new market, which will cater to locals in bars, restaurants and truck stops throughout the state, presents the exact business model AGS has used for years in Oklahoma, where it operates around 7,000 Class II machines.

But it soon became apparent that Illinois—where the Video Lottery Act now faces further delays in implementation after surviving a constitutional challenge—was not the only opportunity in the slot market to be exploited. Miodunski brought in talent from his old Bally days and elsewhere in an effort to grab market share for AGS in the commercial Class III jurisdictions. He hired former Bally Executive VP Paul Lofgren as vice president of business development to handle an expansion into new markets.

To build up the base of products to take AGS on that journey, Miodunski tapped another well-known name in the slot world, Dr. Olaf Vancura. The veteran game wizard, who was behind such popular slots as “Battleship,” “Ripley’s Believe It Or Not!” and “Trivial Pursuit” when at the former Mikohn Gaming, signed on as vice president of game development.

Vancura’s first task was to  build a technological infrastructure for what would be a new generation of AGS games. In other words, AGS needed a platform—a modern gaming system to replace the Encore legacy platform, which he says was dated. “We wanted a platform that was state-of-the-art,” says Vancura. “We wanted an environment that would allow us to design feature-rich content that can be used in either Class II or Class III games.”

Entry into Class III markets, Vancura says, was key to the expansion plan. “We’re a Class II provider, and we want to be the No. 1 provider in that market; we want to dominate it,” he says. “But we also want to move decisively into the Class III space. That’s part of the reason Bob Miodunski was brought in. That’s why I was brought in, and why Bob has assembled a veteran team of industry executives.”

The vehicle for the move into Class III will be a versatile new platform AGS officially launched at the Global Gaming Expo in October. Called “Roadrunner,” the platform garnered much interest at G2E. “It is a robust platform—high-resolution (1440×900), full color with alpha, capable of rendering 500 frames per second in dual-screen mode,” Vancura says. “We’re really excited about it, and it’s enabled us to get content out really quickly.”

According to Vancura, the Roadrunner platform was built from the ground up with new hardware—motherboard, graphics card—and a new software base that incorporates the best aspects of the legacy software and includes a new proprietary 3D graphics engine. “Roadrunner can display an amazing 1.3 billion pixels per second,” he says.

The new platform was completed and approved in only one year. “My hat goes off to the development team at AGS Toronto, where this outstanding platform was designed and implemented,” Vancura says.

As AGS moved into new Las Vegas headquarters last month, the company was beginning to market the first three games on the Roadrunner platform. Called “Evening in Paris,” “Tropical Hideaway” and “Golden Panda,” the games place their individual themes on games featuring signature bonus events played out in high-definition animation and graphics.

All three of the games have some form of the patent-pending “Lock & Bump” feature, in which wild symbols lock in place while other reels “bump” into new positions, repeating the process as long as wins occur. Each game also has its version of a progressive bonus event, a video picking bonus that can result in one of five progressive jackpots—one of the five is guaranteed at max-bet—and a free-spin bonus.

The games also have signature mystery-bonus characters—a gecko in Tropical Hideaway; a panda in Golden Panda—that randomly leap across the screen (or in the case of the panda, shoot fireballs across the screen) to turn several symbols wild, create “enhanced multipliers” or otherwise improve the pay screen.

Vancura says one of the first things customers will notice is that the high quality of the visuals in the game content does not lose anything in the translation between Class II and Class III formats. “One of the things we’re really excited about,” he says, “is that we’ve developed a patent-pending method to take Class III games, which by their nature are very rich in the math space, and basically port them into the Class II world, so Class II players will be able to play a game that will be virtually indistinguishable from a Class III game.

“It will give us a significant advantage in the Class II world. While Class II games are typically limited to 100 outcomes, Class III titles usually have a couple of thousand possible outcomes. We’ve figured out a way to give Class II players an experience as rich as Class III, mathematically as well as choreographically.”

What’s next for the Roadrunner platform could be even bigger news. AGS recently announced an agreement with Ripley Entertainment, Inc. to develop slot games based on the “Ripley’s Believe It Or Not!” brand, comic strip and famous museums of “oddities.” It’s one of the few brands from Vancura’s remarkable run at Mikohn that had survived without being snatched up by another manufacturer, and it was one of the former manufacturer’s most popular video slot themes.

Ripley’s—at one point there were more than 1,000 of them in the field—used knowledge-based trivia to create the bonus games, and even on the old Mikohn platform, the annals of the Ripley’s vault provided rich fodder for bonuses. Vancura says he will again use a trivia-based bonus in creating the new Ripley’s slot, and thanks to the Roadrunner platform, AGS will be able to do dual launches in Class II and Class III.

That’s about all the detail Vancura will reveal at this time—other than to say his tool box is obviously better equipped with the Roadrunner platform than the Mikohn platform he used a decade ago. The big splash for the new Ripley’s game will come when it’s revealed.

The Roadrunner platform not only translates content well between Class III and Class II; it will provide the basis for AGS to exploit the opportunity the Illinois market provides.

One of the shrewd moves made by the slot-maker after Miodunski took over was to acquire the “Cherry Master” brand of amusement games—dominant in the quasi-legal bar market in the state. AGS plans to use the brand to create games on the Roadrunner platform that are already familiar as titles in Illinois bars.

Lofgren says Roadrunner will be part of a complete solution for markets like Illinois that will involve not only home-grown AGS games, but some collaborative titles with other manufacturers. “This is a turn-key solution we’re providing for that market,” he says. “We’re providing an integration of all the elements an operator needs to be successful. It starts with good games, and it has player tracking elements and operational solutions, as well as financing and maintenance. It’s an absolute, full solution.”

It is a distinctly route-operator-style solution, he says, noting that AGS games will be provided on a lease basis in Illinois and other markets. “It goes to our strengths,” he says. “At one time, Bob Miodunski ran the largest slot routes in Nevada. He understands it fully.”

There have been recent setbacks in Illinois. Governor Pat Quinn is now pushing to reverse the law’s “opt-out” provision for local municipalities to an “opt-in” provision, meaning any municipality wanting VLTs in bars would have to vote them in. If that happens, the potential for 50,000 or more VLT placements in the state would drop significantly. However, it remains a huge potential market, particularly as an injection of momentum for AGS and Roadrunner.

Meanwhile, Lofgren is heading an effort to expand AGS’ business across the rest of the industry, taking his sales efforts on the road from Nevada to South Florida. AGS games are among the highest-earning in the Miami market, where they launched at the Seminole properties last spring. “We now have second and third orders from them,” Lofgren says.

Vancura, meanwhile, will be concentrating on new games for each new market. Other than Ripley’s and an accelerated schedule of new titles in Class II and Class III, Vancura promises, “You’re going to see some amazing stuff coming out of this company within the next 12 months.”