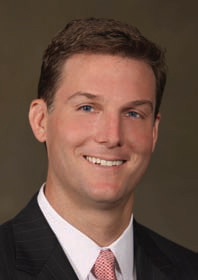 Interblock Global CEO John Connelly is a road warrior if there ever was one.

Connelly was on the road about 20 days a month during his first year with the electronic table game maker, working on building out the company infrastructure and solidifying the company team with new hires. But in 2016, he’s going to take it easy—he expects to travel only 50 percent of the time, so more like 15 days instead of 20.

“I’m one of those people who believe there’s no substitute for face-to-face meetings and being on the ground experiencing markets and understanding customer needs,” he says. “I don’t believe you can really be an effective leader, at least in the gaming supply sector, from sitting behind a desk.”

Connelly has practiced what he preaches during his 23 years in the industry. During a long tenure at then-Bally Technologies, he served in several roles, including vice president of international, vice president of gaming operations and with the company’s executive committee as senior vice president of M&A and business development during the time Bally acquired SHFL and through Scientific Games’ acquisition of the company.

Connelly says he relishes his newest role with Interblock.

“As I was evaluating my next career step after the sale of Bally, I really wanted an opportunity where I could implement the experiences I have been fortunate to have in gaming and bring those to a more midsize company with growth potential,” he says. “As I walked casino floors both domestically and internationally, Interblock kept popping to the top of my list, and I was fortunate to have the opportunity to be their global CEO.”

The first year on the job has been “a great opportunity and challenge,” Connelly says. He focused on three main areas: developing the global opportunity to take the company to the next level; implementing the necessary processes, procedures and metrics to effectively measure performance based on data; and creating a budget tied to a very specific roadmap to optimize R&D and the existing portfolio.

The strategies have paid off. “We’re expecting double-digit growth in 2015 versus 2014,” he said. “And we’re forecasting even higher growth levels in 2016, so I’m very proud of the team, and what we’ve been able to achieve.”

Gaming is going through an interesting time, Connelly says. “We’re going to continue to see consolidation. We’re going to see some new and emerging companies that perhaps we’ve never heard of before. And I think the market is prime for innovation and some killer applications to drive growth.”

Companies on both the supplier and operator sides are going to have to work hard to bring new players to the casino floor, he says. “You’re seeing much more capital being allocated toward restaurants, shopping, shows, entertainment, clubs, which is creating, in a way, a more complicated life cycle for casino suppliers.”

Casino operators have certain expectations in return for the investment of those dollars, and unless suppliers can demonstrate good return for that capital, it’s going to become more difficult to compete, he says. “That’s the reason a lot of companies today are really starting to think outside the box. We’re going to have to raise the bar if we’re going to remain relevant into the future.”

While it’s harder than ever to get new customers onto the casino floor, Interblock’s products are attracting play. “We’re very fortunate that the electronic table game segment within the casino sector is experiencing double-digit growth globally, and we attribute that to the fact that although it’s not a traditional table game it does seem to cross demographic barriers,” bringing in traditional slot players who may be intimidated by live games and younger customers from the millennial generation who are prone to screen technology and are generally more likely to give a table game a try, he says.

The company continues to invest in R&D for not only its core products, but also new concepts, such as the Pulse Arena shown at G2E 2015, “where we’re not only taking a product such as an electronic table game, but we’re wrapping it in an environment designed to pull people onto the casino floor as they walk by,” says Connelly.

Connelly predicts casinos in 2016 will start to evolve areas of the casino floor to add different experiences, and Interblock looks to make the most of those opportunities.

“In order to create a greater momentum for the ETG segment within casinos, we’re going to start offering new ways to provide greater entertainment to the players, and in return increase that hold percentage so we can encompass a greater percentage of the casino floors and ship share for 2016 and ’17.”