Regulatory reform is a priority of operators, vendors and regulators themselves. So, why is it taking so long? 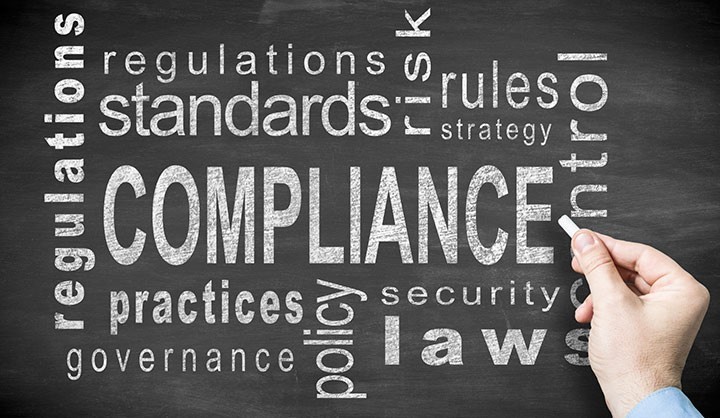 Don’t think for a second that the gambling industry’s “millennial” conundrum is a discussion reserved for marketing strategists and product developers. It is also a matter for regulators to tackle.

A decade removed from the heyday of Texas Hold’emania, the casino industry needs to engage the millennial market just as the horse-racing industry needed—and incidentally failed—to capture Gen Xers a few decades ago. The name of the game, of course, is adaptation, and regulatory reform will play as big a role in the transition as anything else. Most importantly, regulators must keep pace with the ever-changing focuses of the millennials’ fancy.

Generally speaking, traditional casino games—especially slots—have little appeal to the under-40 market. Millennials want games requiring skill; they seek challenges that involve multi-tasking; and they are attracted to games that offer a social experience. They are tech-savvy and eager to try new, innovative games.

To satisfy this insatiable thirst for things new and exciting, the casino industry needs the regulatory process to move swiftly and efficiently. And businesses that operate at the intersection of technology and entertainment— along with the investors who underwrite them—simply cannot pour resources into bringing products to market in slow-moving, overly restrictive regulatory environments.

Regulatory reform would seem to be the cut-and-dry solution, but it is not as easy as simply shedding layers of regulatory control for the sake of removing hoops and speeding up the process. Deeply embedded in the culture of regulated gambling in the United States is the notion that all conceivable measures must be taken to assure the safest, fairest possible consumer experience and to keep organized crime out of the gambling industry. Casino gambling took hold across the United States only after regulators in Nevada and New Jersey established themselves as global standard-bearers for stringent gambling regulation.

The challenge for U.S. regulators, then, is adapting to the changing world while maintaining the level of integrity that has been necessary for gambling to thrive in the states.

The American Gaming Association addressed the challenge in 2011 with a white paper covering 10 recommendations for streamlining gambling regulation:

• License terms should be indeterminate or, alternatively, extended for at least five years. (The renewal process drains resources, takes time and in most cases is unnecessary.)

• Extend the use of uniform license applications (avoiding multiple applications for what is essentially the same game, product or technology).

• Allow a waiver from licensing and/or registration requirements for institutional investors holding less than a 25 percent ownership of a licensee. (There is no need to license or register investors without a controlling interest.)

• Eliminate unnecessary regulatory filings. (Materials provided in certain quarterly and annual reports are already available to regulators online or through other licensee submissions.)

• Update licensing procedures and practices (in an effort to reduce costs and burdens for applicants as well as regulators).

• Eliminate prior-notice or pre-approval of the shipment of electronic gaming machines. (These requirements create confusion and delay in getting games to the floor and can be replaced with post-delivery notice.)

• Reduce the number of pre-approvals for electronic gaming machines. (Rather than requiring pre-approval for every modification, regulators would require manufacturers to certify compliance with at least some of the regulatory requirements, which would also be subject to random regulatory confirmation.)

Following the release its white paper, the AGA announced it was making regulatory reform a priority and launched a new section of its website dedicated to the topic.

Then-AGA President Frank Fahrenkopf explained in an article written for Global Gaming Business, “Changes in the way games are played, advancing technologies and new communications will continue to require new or updated regulations. New types of gaming-company ownerships and board structures, as well as federal oversight over many industry activities, present regulators with a new paradigm. This—combined with gaming’s rapid expansion throughout the country—makes it essential for both licensees and regulators to make the rapid adjustments necessary for our industry’s continued success.”

From a broader perspective, the way forward in the 2010s is twofold: Streamline administrative processes—both internally and externally—and expand to allow new forms of gambling that attract younger gamblers. It’s easier said than done, however, because streamlining translates to downsizing, and government agencies are reluctant to abandon their bureaucratic ways.

Richard Schuetz, a former member of the California Gambling Control Commission and current executive director of the Bermuda Casino Gaming Commission, believes that the bureaucratic nature of regulatory agencies is one of the biggest obstacles.

“The heavily regulated model ended up being terrible for innovation,” Schuetz explains. “You need to be able to get out there and cast new things, and if it gets hung up on the lab, you’re never going to see it in time.”

For smaller jurisdictions, outsourcing is a necessary part of the solution. The Bermuda Gaming Commission, for example, relies on the big-four accounting firms to handle administrative tasks, such as background checks. Likewise, they use third-party testing labs rather than staffing and maintaining in-house labs.

Beyond that, Schuetz advocates the following practices:

Establish compliance committees in lieu of having regulators scrutinizing each licensee’s every move. The committees would assume many of the regulatory tasks, understanding that they will be audited by the regulatory agency. They would have an absolute commitment to self-disclosure; when they find something wrong it is their duty to report it to the regulators.

Achieve cooperation and sharing among jurisdictions. If the regulators in one jurisdiction have confidence in the regulatory controls of another jurisdiction, why not have a memorandum of understanding through which licensees don’t have to jump through the same hoops in each jurisdiction? Bermuda, for example, has been working with New Jersey; if an application comes to the commission from an entity already licensed in New Jersey, the commission could base its approval on New Jersey regulators’ investigative file on the applicant.

Jurisdictional uniformity is perhaps the biggest component of streamlining, although Schuetz cautions that a blanket, one-size-fits-all approach would never work.

The reality, says Kevin Mullally, general counsel and director of government affairs for Gaming Laboratories International, is that each jurisdiction has specific needs to be met.

“The sociopolitical and economic environment in each jurisdiction is a relevant factor,” Mullally says, “and some in the industry have tried to say, ‘OK, we’ve looked around the world and here’s what we think is best. You guys all go and adopt it,’ without any jurisdiction-by-jurisdiction strategy. However, this isn’t realistic, since regulators need to consider their unique needs.”

Mullally adds that forgoing jurisdictional uniformity, at least for GLI, doesn’t necessarily slow the approval process. For example, GLI has test scripts approved by individual jurisdictions so that when a manufacturer submits a game for testing, the lab tests for multiple jurisdictions in a single pass. Its testing times are as short as they’ve ever been: 13 days for a game program, with more complex submissions taking slightly longer.

“Our ability to produce really fast certifications is in spite of an enormous increase in the complexity of the games and communication protocols that are producing a significant increase in the discovery of first-pass defects,” Mullally says. “We are finding defects, and manufacturers are fixing them. Thus, getting through the lab is not the bottleneck, but a policy allowing devices on the floor without testing will lead to customers being exposed to non-compliant defects.”

It would seem, then, that a balance could be struck between achieving the efficiencies necessary for staying afloat in the “millennial” age and doing what’s best for the individual agency and, more importantly, the community that it serves.

This approach is emerging throughout the United States, where states are tailoring their regulatory frameworks with community interests in mind.

New to casino gambling, Massachusetts has the advantage of working with a clean slate. The licensing model is geared toward assuring benefits to the communities surrounding casinos and entails a three-step process: (1) approval by local government; (2) voter referendum; and (3) approval by the gaming commission. The state has placed a limit on the number of licensees, with geographic exclusivity going to applicants who show that they are willing to invest heavily in their communities.

New Jersey, meanwhile, virtually overhauled its system of regulatory procedures around the same time the AGA developed its white paper. SB-12, a law passed in 2011, removed the duplication of tasks shared by the commission and the gaming division.

It also replaced the requirement of licensing casino employees and non-gaming vendors with less arduous registration processes, eliminated the commission’s gaming inspectors, eliminated hearings for matters not involving casino licensure, replaced costly periodic casino license renewals with requiring licensees to submit documents every five years (with hearing held if there is believed to be an issue), eliminated lengthy disclosure forms for parties holding less than a 25 percent interest in licensees (raised from 15 percent prior to SB-12), and accelerated the debt approval process.

The state also launched the New Jersey First program, whereby any new gaming equipment submitted to the division’s lab for approval before (or simultaneously with) its submission to any other jurisdiction can be put on the casino floor within 14 days (unless found to be non-compliant).

New York is likewise looking at streamlining administrative procedures. Consistent with the AGA’s model for reform, the New York State Gaming Commission has issued its own white paper. Suggested changes include include lightening the administrative workload by expanding the term of license renewal; cutting costs by standardizing applications, reducing duplication by creating single occupational licensees applicable for working in multiple industries; attracting institutional investors by waiving licensure for stakeholders with passive roles in the business; and giving licensees opportunities for financing through pre-approval of debt transactions.

Washington appears to have taken the AGA model to heart as well. The gambling commission there conducted “an honest and open-minded review of each of the three divisions’ regulatory programs and implemented changes where appropriate.”

Many of the changes are of a technical nature, including the implementation of e-learning software already used for employee training by other state agencies; creation of a database that makes it easier to obtain, update and share tribal information with agency staff; a new system for processing applications online through which licensees can submit and amend applications online; an automated annual tribal review program (saving time and reducing duplicate entries); and improvements to accounting software and billing systems.

One of the most significant adaptations among U.S. jurisdictions to the evolving consumer market of late has been regulations dealing with skill-based electronic games. Whereas slot machines previously had very little appeal to younger gamblers, a new wave of machines could look more like arcade games with multiple tasks and levels.

Nevada and New Jersey already have laws and regulations in place. Massachusetts has approved skill games through its 2011 casino law, but has not yet developed regulations. Policymakers in Pennsylvania, New York and Maryland have considered skill games as well.

Looking at the big picture, it is evident that the so-called reform movement is hardly a revolution that will produce sea change. Rather, it is a gradual, deliberate process on which the gambling industry is banking for continued prosperity.

In that sense, Mullally isn’t even convinced that labeling progress as “reform” is entirely accurate, at least from the perspective of GLI.

“We should always be evaluating regulatory policy to make sure it’s keeping up with the regulatory risks,” he says, “but you should also be constantly be saying, ‘How can I do this more efficiently?’”

Fortunately for the gaming industry, it appears that regulatory agencies are gradually embracing this mindset.