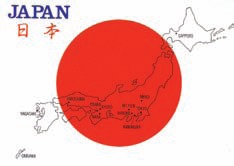 Analysts at Union Gaming Research Macau believe the prospects are “high” that casino legalization will pass in Japan if a bill is submitted by the spring.

In the midst of elections this month to determine the composition of the Diet, the country’s parliament, and a likely return to power of the Liberal Democratic Party, gaming proponents are working to build consensus on a draft bill, UGRM says.

“Importantly, we believe that the likely makeup of the next government could offer the best chances to date for gaming expansion in Japan,” Union Gaming said in an investor’s note.

Assuming passage in the new year, another “more-detailed” bill would follow in 2014, UGRM says, which in turn would be followed by an RFP process.

“In a best-case scenario, we think late 2018 is the earliest a casino is likely to open in Japan.”

It is also possible, the firm says, that the governors of both Tokyo and Osaka could be elected to the Diet, along with the mayor of Osaka. These are the two cities usually mentioned as the most likely to receive licenses for large-scale integrated resorts, with a handful of smaller IR licenses possibly awarded to other locations.