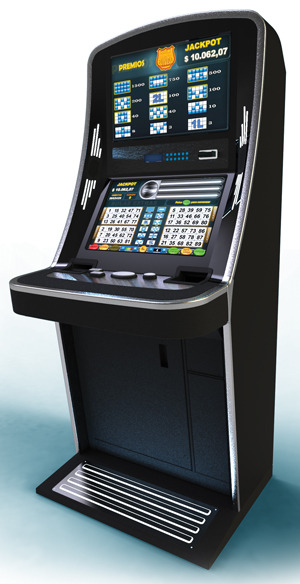 The big story out of Europe this past year has been the continued growth of the VLT market in Italy. Right in the middle of that story is server-based gaming specialist Inspired Gaming Group of the U.K.

Of the five suppliers to the Italian market that are actually up and running, Inspired is consistently among the top three by volume and first or second in terms of revenue and income, with hold per machine generally above €200 per day—about $280. The machines are fully server-based, and communicate in real time with the central monitoring and control system of the Italian regulatory authority AAMS, which can suspend operation whenever it wants if compliance concerns arise.

“The core positioning for Inspired is as the leader in server-based gaming worldwide,” says Luke Alvarez, CEO of Inspired Gaming. “It’s not a claim we make lightly, and I think we make it with some confidence. We have about 35,000 fully server-based, fully downloadable broadband networking points live worldwide right now.”

So how did a manufacturer whose primary focus had been on the street gaming market in the U.K. manage to beat to market the major U.S slot suppliers, who are still awaiting approval to go live in Italy? It’s a question readily answered by Alvarez.

“Inspired has used its 10 years of experience with server-based gaming to launch into the Italian market,” says Alvarez. “From being a decent-sized but relatively unknown company, we like to think we’ve catapulted ourselves onto the world stage with what we’ve done in Italy and shown we can compete with the big U.S. companies and the big European players very successfully.”

Inspired developed its SBG expertise in the street gaming markets of the U.K. The highly competitive environment proved to be a stimulus to the company’s designers.

Martin Lucas, managing director of the VLT and Betting division at Inspired, oversaw the development and introduction of the first generation of SBG products into betting shops.

“A traditional operations model requires huge operational costs for service engineers, and if you have to move the content around you physically have to move it,” says Lucas. “We’ve stripped out all of that cost and automated it, centralized it and digitized it, and built a whole suite of platform tools that allow any retailer or ourselves as the operator to be dynamic in the way they provide products into the retail environment.”

For the operator, that translates to being able to offer what the consumer wants when he or she wants it—and to change that offer as demand dictates.

“In the U.K. we are downloading games all the time,” says Lucas. “Changing the menus, segmenting the menus, so you walk into a betting shop in the morning and you have a different menu on there than you will in the afternoon. We change the menu to suit the utilization, or the types of players who might be in there. Each customer has a different branded menu, different games. And we allow the customers to design their own games, so that we can provide a truly customized proposition to each retailer, even though it’s all built on the same underlying platform.”

Inspired works with its trademarked Open SBG Core platform, which allows third parties to develop game content for use with its system. The result is a library of hundreds of games, including traditional slot games, bingo and virtual sports games, with new games downloaded every month.

Virtual sports simulations have become a mainstay in betting shops and other venues. Inspired’s in-house development team has produced over 30 varieties of virtual sports games including horse racing, soccer, tennis and auto racing. High-end HD graphics, advanced motion capture techniques and artificial intelligence combine to create life-like simulations. The games can be run on machines, online, on mobile platforms or on television. Inspired is showing the latest versions of its virtual sports products, including auto racing games, at G2E.

Bingo is another area currently receiving a lot of attention from Inspired. Also at G2E, the company is introducing its new bingo product for the various Latin American markets.

“We’ve recently launched server-based slots equipment in Mexico and Colombia, where there’s a much more heterogeneous competitive environment,” says Alvarez. “The kind of success we’ve seen with that product in Europe, we are translating to Latin America. We’ve shown earlier versions of those products previously at the Mexican and Colombian shows, but at G2E we’ll be launching for the first time a fully server-based, downloadable multi-game Latin bingo product, called Bingo Blaze.”

In Mexico, says Alvarez, the best slot products from the big international manufacturers typically hold $100 a day. The Latin bingo product in that market averages $200 a day, making bingo a “major new category” in global gaming for Inspired.

“We’ll be launching this product tactically into other markets, like in Italy and the U.K., in the next six weeks or so. This will be the first time anybody’s done a fully server-based Latin bingo product in these markets.”

As confident in Inspired’s slot gaming products as he is, Alvarez appears to favor a different route into the U.S.

“We think we’ve got a very strong table gaming product.”

The product is the Sabre cabinet, which is Inspired’s version of the remote table-game terminal. At G2E, the main focus is on the roulette implementation of Sabre.

The difference from other roulette terminal products, says Alvarez, is that a Sabre terminal will work with up to four roulette wheels simultaneously, in various configurations. The terminal can be linked to standard roulette wheels, RNG-based electronic wheels or automated wheels, or any combination of these in jurisdictions where allowed. And again, being server-based, the terminals need not be adjacent to the actual roulette table.

Alvarez says, “In the U.K., with Genting, where we are live in 20-some casinos with Sabre’s predecessor, we actually run three live tables and one auto-wheel in one casino, and then we network the feed to other casinos.”

The result is that spins can go from a typical 50 per hour to 200 per hour. According to Alvarez, a few thousand of the previous-generation terminals are deployed in U.K., Central Europe and Asian casinos. Tested against similar roulette products from other manufacturers, those terminals were reported to be consistently the top-performing product from cash-box and hold point of view.

“We have very good third-party, customer-validated data on this in many different sites,” says Alvarez. “We’ve just launched Sabre Multi-Win Roulette in the U.K. and we’ve got a very strong delivery book now. G2E will be its global marketing launch.”

Sabre is intended solely for the casino market. Inspired intends to introduce other table games on the platform in 2012. U.S. distribution and a Macau debut are expected soon.

Inspired is increasing its activity in the online gaming sector through its partnership with sister company OpenBet, a U.K. firm that provides sports betting technology and online gaming and betting software solutions to many of the major regulated online operators in Europe, Canada and Australia. Both Inspired and OpenBet are owned by Vitruvian Partners, a $1.2 billion fund which took the previously public Inspired private in June 2010. OpenBet was acquired in January 2011. Alvarez expects to see at least 5 percent of Inspired’s revenue derived from online gaming activities in the coming fiscal year.

“What we are trying to build between Inspired and OpenBet is very much a 21st century gaming supply partnership,” says Alvarez. “That is where we feel we’ve been positioned, because regulation in the U.K. has allowed us to do that.”

“I think we’ve just got started with that evolution. There are 20 million gaming machines around the world, of one form or another, very few of which are yet fully networked and fully server-based. And most of them will be in a decade’s time.”