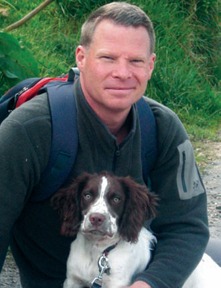 Alen Lang is used to being at the forefront of a new industry.

Before becoming director of development for bwin.party digital entertainment, he worked in television, when that medium was making its transition from analog to digital. When the casino industry wanted to embrace a similar technology and offer games on the internet, Lang was the closest thing to an expert.

“It was the emergence of a new industry,” Lang says from the London offices of bwin.party, which sit in the shadow of St. Paul’s Cathedral. “There wasn’t an online gaming industry of any significance at the time.”

Lang was working at Setanta Sports, a sister broadcaster of the U.K. digital cable giant Sky TV, when PartyGaming approached him in 2005. The landscape was “defiantly dot-com,” according to Lang, who welcomed the chance to work with a network of gambling sites, cash in his chips and “hop around the world.”

The world for PartyGaming at that time was focused on the American market. The company controlled nearly 50 percent of the online poker industry in the United States, and its prospects looked promising.

But then the U.S. passed the Unlawful Internet Gambling Enforcement Act in 2006, and the landscape changed. PartyGaming made the difficult decision to pull out of the American market. Lang, as head of development, believes it was the right choice.

“We were, and still are, on the London stock exchange, and we have a duty to our shareholders and employees to do the right thing. The law clearly made it illegal in our eyes, and so we, along with other responsible gaming companies, closed down in October. Only time will tell how good that decision was, but at the time it proved to be the right strategy—pointing to Black Friday and the FBI and DOJ actions against those companies that continued to operate in the U.S.”

Lang points to the success in securing business partners such as MGM, Boyd Gaming and California’s United Auburn Indians—the “crown jewel” of gaming operators in the U.S.—as a vote of confidence that his company made the right decision.

PartyGaming went on to merge with Bwin Interactive Entertainment in 2011, and Lang says he was very fortunate to take the lead role in business development. With the help of his guidance, bwin.party has gone on to become the world’s largest publicly traded online gambling firm, with a distinguished brand in poker and sports betting.

Lang’s venerable role at bwin.party, as he sees it, is filling strategic gaps. Whether finding the right partner in a limited jurisdiction or “sweating over by candlelight” the details of online regulations, he finds a way to best exploit the company’s assets with lasting partnerships. He understands that the market in Europe and the U.S. will continue to rapidly evolve.

Lang believes that internet gambling regulation is inevitable in the U.S., whether on the state or federal level, which he prefers. If it happens on a state-by-state level, Lang said his company “welcomes that” as well, because it just increases the opportunities for bwin.party. Sometimes described as prophetic when it comes to emerging trends, Lang said the technical changes of going online to mobile and the merging of social media with casino gaming are areas that excite him.

When he’s not thriving in the fast-paced world of online gaming, Lang finds balance and escape in family life.

“If you met me in my office, you would be introduced to a rather clean-cut bloke,” he laughs. “But when I leave the office, I put on my jeans and my Wellington boots and I live on a farm deep in the English countryside with my wife and daughter and my Springer spaniel. We have sheep and chickens and we have trouble getting around, but it really helps me get away from my daily business life.”

When asked if this idyllic environment helps him disconnect, he says, “Well, I still have my Blackberry in my jeans.”