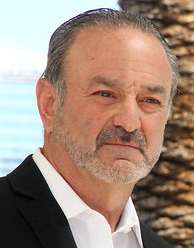 Since the legendary Hard Rock Las Vegas closed two years ago, its replacement was highly anticipated. The first Virgin Las Vegas was introduced in March, owned by JC Hospitality Partners. For Richard “Boz” Bosworth, CEO of the company, it’s the culmination of a unique multi-operational concept that is quite new to Las Vegas. His vision and commitment to that plan have resulted in a unique, highly branded property just off the Las Vegas Strip that introduced Mohegan Gaming and Entertainment to the city as the operator of the casino. Bosworth spoke with GGB Publisher Roger Gros from his offices at Virgin in July. (SEE VIDEO BELOW)

GGB: Congratulations on opening Virgin Las Vegas. Tell us how the acquisition of the former Hard Rock hotel came about.

Richard Bosworth: Our ownership group was in pursuit of the Fontainebleau, dating back to 2016 and 2017. We were actually in due diligence in 2017 specifically. I literally happened to get a call from the owner of the Hard Rock at the time, saying that they heard that we were in town and we were just looking to acquire a casino hotel. He had heard a little bit about our multi-operative business plan and he thought their property, the Hard Rock, would actually suit itself well to our strategies. At that point, we just switched gears and thought it would be much easier, more functional, more economic and faster to market to acquire the Hard Rock and rebrand it and transform it per our plan. And a year later, we closed the transaction.

Was there any discussion of keeping the Hard Rock theme?

No, there was not. We had a very specific plan to introduce two new brands, or underrepresented brands, into Las Vegas, that being specifically Hilton and Virgin, and ultimately, Mohegan. And of course, we’re supplemented by AEG and our restaurant partners as well. But the plan was always to transform and rebrand the property.

How did you get involved with Virgin and Richard Branson?

Well, I was pursuing projects throughout the country with Virgin Hotel Group, specifically in Chicago and Las Vegas. And we liked him, and the Virgin Hotel Group liked our structure of bringing in a third-party experienced gaming operator. Letting Virgin focus on what they do, having a very successful gaming operator focus on what they do, because that would have been a new business to them. So that multi-operator environment was a bit different and they liked that.

Why do you think the Virgin hotel brand is really a powerful brand to introduce into Las Vegas?

Tell us why you chose Mohegan as the gaming operator. How influential was your gaming adviser, Bobby Soper, a former Mohegan CEO, in that process?

We actually ran an RFP process with gaming operators around the world—many of them Native American; many of them not. The multi-operator plan really was birthed with Bobby Soper, myself and Hilton, frankly. Bobby spent a lot of time with me, going to visit the folks at Hilton talking about the protocols. How these two very successful operators can work together, utilizing their databases. What would be important to their customers. What does the gaming customer need from a hotel, what do hotel customers need as relates to food and beverage, and interaction with gaming and entertainment? So, Bobby was incredibly critical to the entire process.

Let’s talk about the property. Did you renovate the entire property? Every hotel room?

We renovated actually every inch of the front of the house of the property, including the five-acre pool deck, as well as the sense of arrival, the landscaping. You can see in the front, even the café. And there was a broken structured building in front that we took down; we opened it up to two acres so you have truly a true resort sense of arrival when you come into the property.

Tell us about your plans for meetings and conventions.

It’s really one of our most important investment pieces. We want to grow what was already a successful event business for the Hard Rock, but taking it to another level—which is why we’ve added about 30,000 square feet of additional event space. It’s a very, very important part of our business. Another reason is that we’re affiliated with Hilton. Hilton has 16 national sales offices that drive group business as well. A significant part of our business is driving groups and events. Not only, of course, to service the citywide events, but also the self-contained group events at the property.

How has the current uptick in business in Las Vegas helped Virgin? It seems like you really opened at just the right time, when people started to come back to Vegas.

Sometimes it’s better to be lucky than smart, right? We are clearly feeling the impact of the increase, and the traffic flow up to Las Vegas. It was a great time for us to open fully activated. I’ve never experienced a property that has gotten to 100 percent of its fair market share so quickly. We literally are there already, and my expectation level is that sometimes it can take anywhere from six months to a year. We’re selling out every weekend. Our midweek business is increasing two-fold every week, and now we are very close to market occupancies for midweek as well. And we are seeing a significant uptick as well in our group and event business.