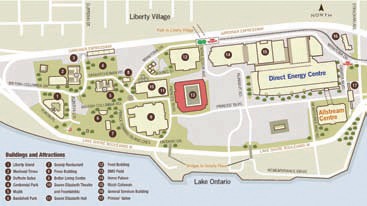 provided the city cuts the right deal with provincial authorities, according to a much-anticipated report on the pros and cons released by the office of the city manager.

The report says the fiscal case for an “integrated entertainment complex” that includes a casino, hotel, convention center and retail space is a strong one. It would bring in an estimated C$1.4 billion a year in revenues, generate up to C$27 million a year in property taxes, and possibly as much as $168 million in annual hosting fees from the Ontario Lottery and Gaming Corporation, which is pushing a Toronto casino as the centerpiece of its plans to do away with racetrack subsidies and privatize the province’s gaming industry.

The bigger the project, the greater the potential windfall, the report says. Locating it downtown could result in about $640 million in new spending a year, provide 8,500 construction jobs and create the equivalent of 7,300 new full-time positions once the facility is open.

The report, based on data compiled by Ernst & Young, examines the possibility of both a gaming complex and a stand-alone casino at four locations: Woodbine racetrack, Exhibition Place, the Port Lands and the current site of the Metro Toronto Convention Centre. Exhibition Place was concluded to be the most lucrative scenario from the city’s perspective because the land is municipally owned.

Whether the city can negotiate higher hosting fees with the OLG is another matter. Under the standard formula the OLG will begin employing next year, Toronto would only receive $18 million at most for a new casino. But the report projects that a resort-scale complex in the right location could generate as much money as all of the other 24 gaming venues operated by the province combined, and suggests the fees should be adjusted accordingly.