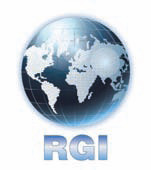 U.S. real estate development company Realty Group Incorporated has announced it will bid on the one and only casino license ever approved for the nation of Cyprus. The firm, based in Los Angeles, would work with “a pre-established consortium that consists of prominent institutions and key people already in place to proceed in the bidding process,” RGI said in a news release.

Last month, the Cypriot parliament passed legislation that paves the way for a casino resort in the government-held southern part of the island. The minimum requirement for the complex is 100 gaming tables and 1,000 machines. The operator also will be permitted to have a smaller satellite casino and another outlet with just three machines.

Under the legislation, the winning bidder for the 30-year license will choose where to build the casino, which will have a hotel with as many as 4,000 guest rooms. The plan is expected to boost tourism on the island. The government estimates 25,000 jobs will be created by the development, which could be open as early as 2018.

Several large plots of land totaling more than 1 million square feet are available for purchase for such a project, the release stated. The parcel is close to the ocean and the airport, according to RGI. The company says the land is potentially the largest piece of land with road access; it features a natural salt lake that is famous for an annual flamingo migration.