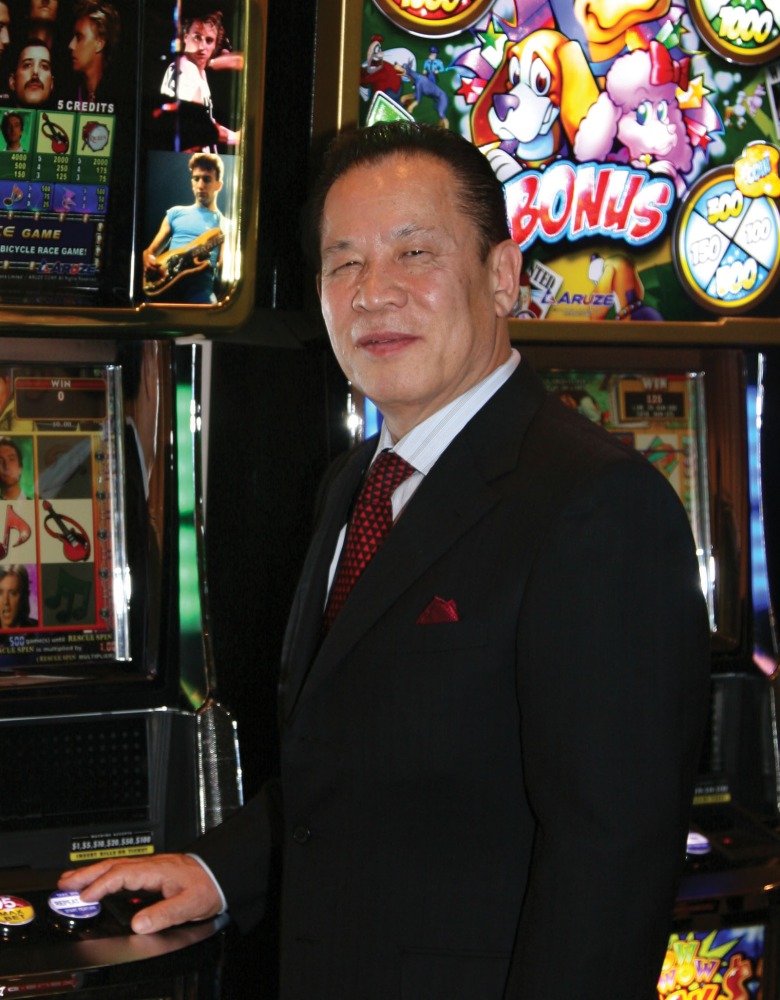 He just might be the most powerful man in gaming no one knows. Except Steve Wynn, that is. Kazuo Okada, the owner of Aruze Gaming, owns more stock in Wynn Resorts than does the man (or woman-his
ex-wife, Elaine) after which the company is named.

When Wynn decided to get back into gaming after selling Mirage Resorts to MGM Grand in 2000, he didn’t want to go the public financing route. So he tapped into powerful and rich friends, business associates and clients to get Wynn Resorts off the ground. One of the richest of his friends is Okada. So after naming a restaurant after the Japanese pachinko king and naming him vice chairman, Wynn convinced Okada to become an investor.

When the company went public, Okada and Wynn had almost equal stakes, but after Wynn’s divorce, Okada became the largest shareholder in the company at 19.9 percent. It’s a relationship that has worked well. Okada provided the money and Wynn Resorts has provided significant profits, so far, particularly coming from Macau.

But the pot at the end of the rainbow is in Okada’s homeland. For years, the Japanese government has flirted with casinos. Although the nation has an odd mix of gaming already legal (or semi-legal)-horse, motorboat, bicycle and motorbike racing, along with lotteries and the most Japanese off all forms of gambling, pachinko-casinos make sense in a country trying to expand its tourism base. The lessons of Singapore will not be lost on this island nation.

Last year, for the first time in 54 years, the Democratic Party of Japan won election and every issue was sent back to the drawing board, including gaming. Okada says he has been advising the new government on how to best legalize gaming.

“We have been waiting for many years to legalize gaming in Japan,” he says. “We believe that it will extend the attraction of everything that Japan has to offer and draw many more tourists than we get today. I give the new government the truth about gaming and how it can be used to benefit the entire country. I think because the government is open to doing new things that there is a very good chance that gaming may be approved soon. Maybe not in 2010, but soon thereafter.”

While no details about any gaming measure have been released, some experts suggest it could include four Singapore-style meta-resorts scattered in some of the country’s major cities, including Tokyo.

“Politicians are very weak in showing the will to do something,” says Okada. “Casinos should be opened, against the backdrop of employment and tax revenue problems.”

Okada says opposition from pachinko parlor owners is not likely because the audience is separate and distinct.

“Pachinko attracts an entirely different kind of player for a different reason,” he says. “Pachinko players go to the parlors several times a week, whereas the same player might visit a casino once every month or couple of months. So I don’t believe casinos would be a threat to the pachinko market.”

As for the Philippines, Aruze is committed to building an integrated resort in Manila on the site of Entertainment City, which the Philippine Amusement and Gaming Corporation (PAGCOR) is promoting. But there are some strings attached.

“We are expecting to be granted a special tax relief for building in an economic development zone,” he says. “Once that tax break is approved, we will begin construction on stage one of what will be three or four stages. When completed the project will cost at least $1 billion.”

It has been reported that Okada wants to own more than 40 percent of the development, which is currently prohibited by the Philippine government for a foreign company.

“If approvals are made officially, we are ready to begin construction quickly,” Okada says.