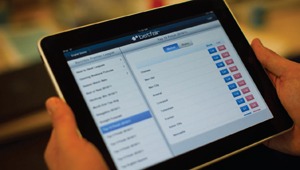 The effect of the Great Recession has been felt in an infinite number of ways across the United States, from longer unemployment lines to more expensive groceries to underwater home equity values. Although certain regions have been hit harder than others, all 50 states have experienced a dramatic loss of revenue—whether it be from property taxes, business taxes or sales taxes from private citizens.

Simultaneously, the growth and popularity of mobile devices among U.S. citizens has skyrocketed. Combine this with the acceptance of gambling within individual states, and there is the perfect storm for the future of mobile gaming, a potential revenue jackpot.

“The U.S. appears to be heading towards the legalization of online and mobile gaming,” says Jacques LeDisco, publisher of Mobile Betting News. “Given the current legal restrictions in the U.S., the growth markets for mobile gaming are in social gaming, fantasy leagues and guest loyalty programs sponsored by land casinos.”

Legal restrictions in the U.S. have placed a tremendous emphasis on free play, also known as “social gaming.” A recent report by H2 Gambling Capital forecast that social gaming will grow to a $30 billion market in the U.S. by 2013. An even greater indicator for the future of mobile gaming is a recent opinion by the U.S. Department of Justice that indicated many forms of online gambling could become legal.

“We entered the mobile space a year and a half ago focusing on mobile concierge on our applications to expand our land-based systems marketing,” says Mike Daly, senior director of Bally Technologies’ interactive division. “We were very surprised how juvenile the space was worldwide, even though Europe has been conducting online gaming for over 10 years. The desire for content is strong, but there are not a lot of mobile gaming products offered in Europe. This allows us to act as a strong content supplier.”

A Change to a Challenging Environment?

The main obstacle to the legalization of mobile gaming is the Professional and Amateur Sports Protection Act (PASPA) of 1992, an act that effectively outlawed sports betting nationwide, excluding a handful of states.

The sports lotteries of Delaware, Montana and Oregon are excluded, along with the organized licensed sports books in Nevada. It is nicknamed the “Bradley Act” after then-New Jersey Senator Bill Bradley, ironically a former professional basketball player himself, who spearheaded the passing of the bill. In recent years, as individual states have felt the long-term revenue decline of the Great Recession, more challenges to appeal PASPA have occurred.

The state of New Jersey has led these repeal efforts, and currently looks like the first state that may legalize mobile gaming outside of Nevada. State representatives and senators from Missouri and Rhode Island have also called on Congress for a repeal of PASPA, and a subcommittee from the Iowa State Senate has approved a bill legalizing sports betting.

“It is a major hurdle to deal with moving forward,” says John English, senior vice president of American Wagering, Inc. (AWI). “PASPA has backfired because it is outdated and has placed hundreds of billions of dollars in offshore gaming locations instead of keeping that revenue in the U.S. People need to take a good look to see if that is really smart in this current economic environment.”

“The biggest legal issue for any state is to achieve both legal and regulatory compliance for location,” says English. “Location is the ability to restrict the product within the legal boundaries of the state. Without the ability to control location, a mobile gaming application will never get past a regulatory body.”

In the U.S. gaming jurisdiction, the Unlawful Internet Gambling Enforcement Act of 2006 and the Federal Wire Act ban the use of bank accounts or credit cards for “games of chance,” including mobile sports betting and casino games. To comply with the issue of location and regulation, Bally Technologies is working on perfecting its platform with “geofencing,” to know where a player is and to clearly identify state lines. State boundary identification is clearly a major physical barrier to mobile gaming that has to be solved.

Dealing with the Devices

Establishing mobile gaming products that operate across all platforms is a difficult task. The main operating systems of Android, Android tablets, Blackberry, iPhone and iPad cover over 92 percent of available smart phones, according to AWI. AWI is a self-described industry leader in establishing gaming applications across platforms.

“What we have done that is different from our competitors is to build out all of the main operating systems,” says English. “We have also complied with the unique rules of all the different primary carriers, including AT&T, Sprint, T-Mobile and Verizon. This covers 80 percent of carriers, and this success is not easy to duplicate.”

Bally Technologies has also made multiple device deployment a priority.

“It is necessary for operation, but it is also a great mobile marketing tool,” says Daly. “We have over 50 casinos that use it to get their players to come in by marketing to them before they even get to the casino.”

Not surprisingly, it is easy to make the correlation between the surge of the popularity of mobile gaming domestically and internationally with the most popular device, the iPhone.

“The Apple economy and iPhone sales are the main drivers in mobile gaming,” says LeDisco. “While iTunes does not allow real-money gaming apps for download in the U.S. market, every major mobile gaming operator in European gaming jurisdictions offers iPhone apps. The iTunes market faces competition from the Android market, which has more liberal restrictions on gaming applications, and from the growth of server-based mobile gaming platforms.”

Free play, or social gaming, has taken the U.S. by storm, as a prequel to the anticipated legislation to legalize mobile gaming in the near future. Well-known industry leader Zynga has served as the pioneer for social gaming on personal computers and mobile devices, partnering with Facebook so friends can play against each other.

“Zynga Live Poker is by far the most popular mobile game,” says LeDisco. “Of the roughly 25 poker apps in the App Store, none of them feature multiplayer networks rivaling Zynga’s 4.8 million daily players on Facebook, up to 80,000 of whom are active at any moment. This large user base and network infrastructure allow Zynga to hold regular tournaments.”

To keep pace, traditional console-game makers like Electronic Arts and slot manufacturer International Game Technology sped up their product entries into the market. IGT began 2012 with a $500 million acquisition of Double Down Interactive, a developer of online casino games on Facebook. To increase IGT’s relevance in the free play space, in early May the company announced that DoubleDown Casino has partnered with the U.S.’ most popular television show, American Idol, to launch the free-to-play American Idol Social Slots. The game will be available to all of DoubleDown’s 5.4 million monthly social gamers.

Using free play as an introduction to actual games players will see on the real casino property has been an efficient strategy. Key industry players have only just begun to utilize this strategy that already has been identified as vital to build a new generation of clientele, regardless of the geographic location.

“We have obviously noticed the growth of free play,” says English. “We are looking at the market and meeting with different representatives to see where the technology is relevant.”

“We are growing our mobile play-for-fun application library at a rapid pace, and we are looking forward to introducing additional titles,” says Dan Savage, Bally Technologies’ vice president of marketing. “When you combine and integrate these pay-for-fun slot apps with our impressive collection of custom casino property apps through our Bally Interactive mobile business, we believe that Bally delivers an unmatched mobile experience for both the operator and patron.”

With the free play platform already in place, questions still remain on how to monetize play, and the best way to create revenue. Advertising is the main source of revenue, with click-through and pay-per-click volume producing revenue. Advertising on the right side of the mobile device screen, a la Facebook, is also looking like a main driver for revenue.

The other source of revenue from mobile gaming is attracting players to visit a property by identifying their location.

“It is a great opportunity for casinos because they can identify your location and give you reasons to come in this weekend,” says Daly. “If you are currently within a specified distance, like 10 miles, you can use the retagging function and tell that player why they should come in now. It is not direct revenue, but it will help drive customers to that casino or game.”

Mobile gaming allows for more information to be gathered on the individual player than the traditional over-the-counter gaming option.

“At a time when everyone is sensitive to budgets, it is a nice, inexpensive way to expand your customer base,” says English.

If mobile gaming were to become legal in various states in the U.S., traditional casino games along with sports betting would be major drivers of revenue. In-game sports betting is a segment that has endless possibilities for revenue, as proven by this year’s Super Bowl. Over 40 percent of AWI’s wagering on the game in Nevada came from either mobile devices or kiosk machines.

“The Super Bowl demonstrated to us that our product is catching on, and that people like it,” says English. “We are making the products more user-friendly, and incorporating user feedback into our research and development.”

Mobile state lotteries are also a part of the future in mobile gaming. The anticipation is high from key industry players, as they watch the increased popularity of national lotteries in the U.S. and record-breaking jackpots.

“The recent change in U.S. mobile gaming regulation is opening the floodgates for us in North America,” says Melvin Battiston, chief operations and sales officer for Toronto-based Mobilotto Systems. “Completely digital lotteries and their associated social marketing programs return the operator significantly more net proceeds due to the much lower infrastructure and promotion costs over traditional paper-ticket-based retailing networks and old-media marketing programs. The saving from reduced fraud is also a big benefit.”

States, casinos and industry gaming manufacturers are all eagerly anticipating the legalization of mobile gaming in the U.S. The real question is whether it be the anticipated fortune and revenue creator that is hoped for or will get bogged down in the bureaucracy and red tape that often is the result of the combination of regulators and politicians.

In an hotly contested election year, do not expect any major changes before November, but 2013 may be a monumental year for mobile gaming.

“Over the next 12 to 18 months, mobile wagering will be implemented in new jurisdictions,” says Daly. “And unlike Nevada, it will not be restricted to only within casino properties. Today we have six games; in a year we will have over 20 games.

“We are committed to the mobile gaming space, and when the opportunity comes, we will help lead the change of the gaming landscape.”