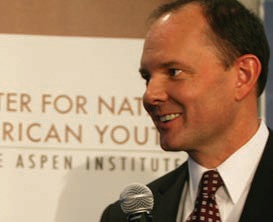 Assistant Secretary of Indians Affairs (i.e., the head of the Bureau of Indian Affairs) Kevin Washburn told a congressional subcommittee last month that his bureau will soon release draft regulations to reform the process for recognizing tribes.

Washburn said, “We hope to have a discussion draft to roll out and discuss with your staff and with tribes, hopefully before the summer, or during the summer,” and added, “We will then proceed, hopefully, to a rule-making process.”

Washburn, appointed in October to head the BIA, has had a group working on revising the regulations ever since. He said he hopes that the whole process will take about two years. “We would love to have it done faster than that, but we also want to be careful to get it right. We have talked about doing this for more than a decade. It’s time to get it done,” he said.

The process for recognizing tribes has been called too complex and time-consuming. The controversial process is tied closely to the issue of whether tribes are allowed to operate casinos, which they cannot do if they have not achieved federal recognition.