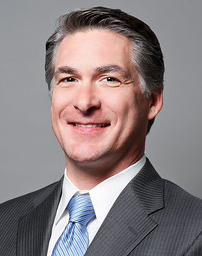 Red Rock Resorts announced last month that Scott Kreeger has been named the company’s new president. Kreeger had been the Las Vegas-based company’s senior vice president of development since September 2021.

“Scott is the right leader for Red Rock Resorts,” said Red Rock Resorts Chairman and CEO Frank Fertitta III in a statement. “Scott’s long history with the company, his knowledge of all aspects of our business and his proven leadership set the company up for continued and accelerated future growth.”

Kreeger succeeds Richard Haskins, who died in July 2020 after a watercraft accident while vacationing in Michigan. Haskins had been with Red Rock Resorts for 25 years and was president of the corporation and the operating company since October 2015.

A graduate of the University of Nevada, Las Vegas, Kreeger’s first job in the gaming industry was with Station Casinos in 2000. Since then, Kreeger was the president and COO of Revel Resort and Casino in Atlantic City from 2013 to 2014 and worked for the SLS Las Vegas Resort and Casino and Galaxy Entertainment Group in Macau.