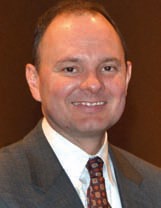 The revised rules for putting land into trust recently floated by the Bureau of Indian Affairs could spark a new wave of recognition requests by Indian tribes all over the country.

Two tribes in Connecticut that had long thought that their chances of joining the Mashantucket Pequots and Mohegan tribes in building casinos were dead may see new life breathed into those dreams.

The attempts by the Eastern Pequots and Schaghticokes of Connecticut to be recognized were rejected eight years ago by the BIA after more than 20 years of working within the system. Many tribes existed in the state during the first centuries after European settlement in the 17th century, but according to the federal government, only two tribes remained viable into the 20th century. Today they operate the two most successful Indian casinos in the country.

However, the BIA’s draft proposal for tribal recognition, proposed by Assistant Secretary for Indian Affairs of the Department of the Interior Kevin Washburn, would make it easier for tribes to establish their viability. Said Washburn at the time, “The discussion draft is a starting point in the conversation with federally recognized tribes, petitioners and the public on how to ensure that the process is fair, efficient and transparent.”

Three tribes in Connecticut could be affected: the Schaghticokes, based in Kent; the Eastern Pequots, based in North Stonington; and the Golden Hill Paugussetts of Trumbull and Colchester.

The BIA is holding hearings on its revised procedures this summer before releasing a final draft. The new procedure would allow a tribe to show genealogical descent from a historic tribe since 1934. The current rules require tribes to show a continuous existence since contact with the white race.

Existence through the centuries and evidence of an intact cultural community are two factors that the two tribes were unable to establish. The new rules would remove those requirements.