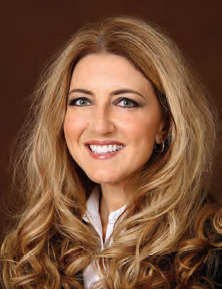 Tribal governments and organizations around the country have been very active in tracking and shaping the multitude of state and federal government proposals contemplating the legalization of online poker. As a guidepost, the National Indian Gaming Association has memorialized six principles of sovereignty that many tribal governments find essential for fairness in any online gaming legalization regimes.

These activities and documents represent the efforts of tribal governments to accomplish a number of important goals, including the protection of land-based casino revenues, defense of tribal sovereignty and existing tribal-state gaming compacts, and strengthening of economic development for tribal governments generally.

State and national efforts to legalize online poker involve numerous communities of interest, and will ultimately produce a political compromise that may or may not incorporate any or all of NIGA’s important principles or tribal governments’ many priorities. As governments, it is most important that tribes continue to participate in the political process and to represent their unique objectives for pursuing legal online gaming rights, most notably to generate tribal government revenues.

In addition to participating in the political process as governments, however, tribal leaders and organizations should consider the business case for building an internet-based economy that does not rely on the potential for online poker legalization and that does not require approval from (or partnership with) other governments, whether state or federal.

Given the unpredictability of the legislative process in both timing and outcome, tribal governments should focus on what is actionable today; that is, tribal governments can and should be entering the already-thriving internet economy by leveraging their existing brand identities through a range of lucrative non-gaming e-commerce opportunities.

Entering the internet economy immediately is not simply a business move, however. Building a successful presence in the internet economy—now, before legalization of online poker or any other gaming product—will allow tribal governments to create economic and political leverage for a more forceful voice in any future legal online poker or gaming environment. Importantly, building an internet economy also stimulates economic development independent of (and separate from) the political process, and represents a true diversification of land-based tribal government gaming revenues.

Building an internet-based economy has some immediate benefits for enhancing tribes’ land-based operations, including operational efficiency, lead generation for building a potential new customer base, retention models for understanding current and future players better, 100 percent player tracking for online play and purchasing, and the ability to sell non-gaming products or drive players to land-based casinos for prizes or other incentives. These economic payoffs provide much-needed political leverage wherein tribal governments and organizations like NIGA have a new ability to demonstrate that the tribal internet economy has a thriving marketplace, reliable systems and robust revenues.

Ultimately, tying the tribal internet economy to land-based operations also affords tribal operators the opportunity to demonstrate ways to regulate access to future legal online poker sites by underage players through a link to the property’s players club and utilizing a personal identification number or other protective feature.

Developing tribal systems for operating in the internet economy demonstrates capacity, and may also represent an important distinction for tribal governments with regard to meeting suitability criteria for an online gaming license or making a case for inclusion in the “experienced operator” category that has been developed in various legislative proposals.

The Time is Now

One obstacle to building a tribal internet economy has been the steep learning curve for entering the electronic commerce (“e-commerce”) business structure, also known as the “click-through” economy. Many of the recent conferences addressing internet gaming issues have either been hosted by online gaming vendors with a narrow sales agenda or have been focused on the complexities of the political process, whether intrastate or interstate.

In the meantime, high-profile and costly mistakes have been made by various companies, including Las Vegas casino executives who feared they would be left behind if they did not create partnerships with existing vendors. Given the lack of accurate or relevant information, many tribal governments have adopted a “wait-and-see” business approach that mirrors the lengthy political process.

Tribal governments have been deliberate in their commitment to learning about legal online poker opportunities and have been careful not to engage in commerce with untested companies. However, building an internet economy that starts with your operation’s existing customer base and focuses on building an e-commerce community does not require tribal partnerships with internet gaming companies unless and until a clear legalization structure has been established.

An Economy of Eyeballs

Finally, tribal governments should consider creating an internet economy because the opportunity costs for waiting are very high. The political debates around the legalization of online poker have distracted tribal governments from the fact that other gaming companies are not their only—or even most threatening—- competitors for online business.

Because the internet economy rewards those websites that control “eyeballs” and can direct them to other sites for a fee (an activity known as affiliate marketing), tribal governments must appreciate that their biggest competitors are those companies that have already captured millions of “eyeballs,” such as newspapers, media companies and game companies like Zynga. These companies will be driving users to tribal gaming sites for a high fee unless tribal governments begin to capture and retain their own “eyeballs” through building an online community and leveraging the many resources that have been developed through the wildly successful land-based gaming industry in Indian Country