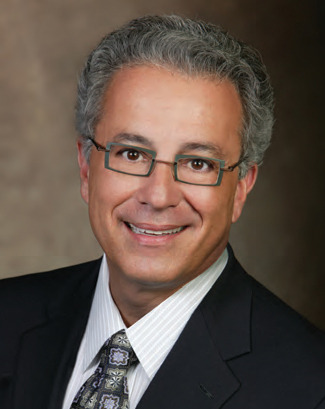 After 23 years with the same company, most executives are looking forward to a retirement party and the easy life. Not Anthony Sanfilippo. After rising through the ranks at Harrah’s Entertainment, serving as the Western and Central Division president, he left in 2007, becoming CEO of Multimedia Games in 2008. Despite some spotty performances in the past by executives who move from operations to manufacturing, Sanfilippo’s tenure at Multimedia took the company from Class II to Class III, using his knowledge of operators to nudge the company forward. Sanfilippo says he would have still been there if it wasn’t for the entreaties two years later from Pinnacle Entertainment.

“I loved my time at Multimedia,” he says. “But when the previous CEO (Dan Lee) left Pinnacle, I thought that would have been a great fit for me. At heart, I’m still an operator.”

So when Pinnacle called to talk, Sanfilippo jumped at the opportunity.

Sanfilippo began by cutting costs and eliminating non-core assets. He sold the company’s casinos in Argentina and canceled plans to build a $2 billion resort in Atlantic City. At the same time, he expanded the company by buying the River Downs racetrack outside of Cincinnati as a defensive move that will lessen the impact on Pinnacle’s Belterra property in Indiana of a Horseshoe casino going up in the southwestern Ohio city.

Surprising some analysts who thought the Argentina sale signaled a pullback from international markets, Pinnacle reached an agreement last year with Asian Coast Entertainment to buy 25 percent of the company’s Ho Tram Strip development in Vietnam for $95 million, and a management contract to operate the second resort slated for the site, after the MGM Grand Ho Tram, which will open early next year.

“It was a great opportunity for us to get our feet wet in that market for a very reasonable investment,” says Sanfilippo. “So this gives us a chance to help develop a property while we watch a very experienced MGM team operate a property in the same location.”

Pinnacle also reached an agreement with Wynn Resorts to give its players club members the opportunity to stay at Wynn properties in Las Vegas.

“The biggest complaint from our customers was that we did not have a property in Las Vegas where they could stay on their trips to the Strip,” he says. “So not only do we now have a place where they can stay, they can stay in two of the best properties in the entire city. It encourages our players to give us all their play when they’re at home for the chance to visit a Wynn property in Las Vegas.”

“We discovered that most of our customers didn’t know we had other properties in those markets,” he explains. “But we can’t change the names of those resorts because they are branded in those specific markets. And ‘Pinnacle’ is a rather standard corporate name, so that wouldn’t work.

“So we decided to brand the players club, MyChoice. It’s tiered and aspirational like most clubs, but the top level, the Owners level, is quite different. We give customers who reach that level 100 shares of Pinnacle stock—so they really are owners—and a two-year lease on a Mercedes. All they are responsible for is their own insurance. It’s had a tremendous reception.”