The coming of racinos has benefited both casinos and racetracks in Pennsylvania. 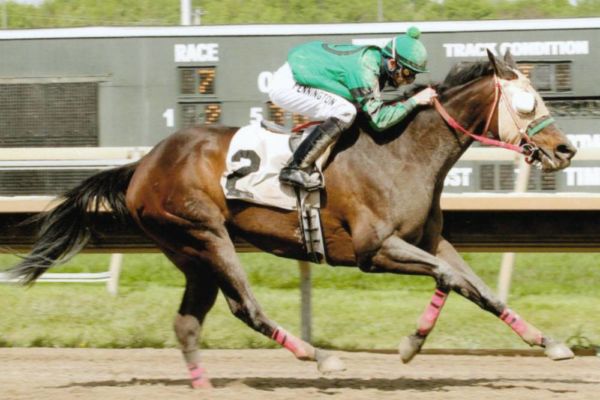 The casino/horse-racing marriage, made in financial heaven, has done more than propel two Pennsylvania industries into prosperity. It provides an economic tailwind that may, figuratively, provide a permanent burst of speed for both businesses.

The partnership rescued the state’s ailing horse-racing operations, and ensured that gaming would hit the ground sprinting, not running, once Pennsylvania launched it. While casino success is well-documented over the years, Pennsylvania racing displays the before-and-after racino effect better than most.

Signs of prosperity burst off the finance charts of Keystone State racing establishments. Facilities once lagging behind industry standards for purse money and field sizes now lead it. The casino capital transformed Pennsylvania tracks into industry standard bearers, both in thoroughbred and harness racing circles.

The formula is basic, simple and bountiful. Gaming revenue resuscitated the racing facilities. All are alive and paying impressive nightly purses, which attracts better horses and big fields.

Healthy racing facilities then lured both the discriminating bettor and the casual observer who might accompany a spouse to the track, but then gamble on slots or poker inside.

The spillover affected restaurants, hotels on site or nearby and the gaming bottom line. Everybody wins.

And some win big. Mohegan Sun sponsors a multimillion-dollar night of harness racing, the sport’s ultimate event, October 9 at Pocono Downs in Wilkes Barre, Pennsylvania. By proclaiming itself as a big-money player, Mohegan Sun will reap an incalculable advertising benefit.

This is the type of big-wallet sponsorship that launched the sporting success of Atlantic City via boxing three decades back.

Pennsylvania has in fact authored a compelling story of how racing should be conducted, while neighboring New Jersey is a blatant advertisement of how not to run racing.

In the Garden State, tracks require state subsidy and bicker over sharing the casino supplement that keeps slot machines off their grounds. Governor Chris Christie wants to abolish state support for the Meadowlands and Monmouth Park, New Jersey’s top two facilities. Racing in the Garden State is a mess, and suffers one more haunting reality: Without help from casinos, it may perish there.

All across the Keystone State, tracks have found the financial winner’s circle. Philadelphia Park in the East, Penn National in central Pennsylvania and Presque Isle Downs in the Northwest are stunning models of efficiency. Their overnight purses range from $170,000 to $260,000. That would have been impressive even during the industry’s past economic heyday, and is a large statement during these depressed times. Harness racing offers a similar measure of success.

Pocono Downs, Harrah’s in Chester and the Meadows outside of Pittsburgh continue to lure the best in that business. Both the thoroughbred and harness industries are humming.

What happened? Listen again to the bells and whistles of slot machines, the sound of dice hitting tables and the fever-pitched buzz of gambling. The presence of casinos and adroit local management decisions—like packing the live meet into a Wednesday-through-Saturday window at Philadelphia Park, for instance—brought Pennsylvania into racing’s upper echelon.

While gaming has become Godfather to the Sport of Kings, offering protection from extinction, Pennsylvania maximized its powerful ally more than most. The state has, figuratively, broken from the gate ahead of its competitors.

The Pennsylvania model is horse racing’s future, and each property has adopted the formula its own way.

Philly Juggles Big Money
Bensalem-based Philadelphia Park, known for year-round racing, offered a bonanza in September and October. It moved its signature $1 million race, the Pennsylvania Derby, from Labor Day weekend to late September. The premier race found a nice spot between the Haskell Invitational at Monmouth Park in New Jersey, the Travers Stakes at Saratoga, New York (both in August) and the Breeders Cup November 5-6 at Churchill Downs in Kentucky.

Philly Park then added a $300,000 race on Labor Day weekend, launching a two-month streak of high-level weekend cards. The string of events displayed both the track’s scheduling versatility and financial health.

“It’s our best and most concentrated stakes-race time frame,” Philadelphia Park COO Joe Wilson says. “We’re getting these top races, despite the fact we only put 7 percent of our budget into stakes races, whereas many tracks put in 15 percent. Besides these stakes races, what you get from us is 210 live racing days a year and purses close to $60 million for the course of a season. That’s more than any single track does in a calendar year.”

Give gaming a huge assist. Wilson says Philadelphia Park pays daily purses of about $260,000, dwarfing its pre-casino standard of $120,000.

Slots have had nearly four years to work their magic at Philadelphia Park. Machines in the grandstand initially spearheaded construction of a casino that sits about 600 feet from the racing facility.

“In our stand-alone facility, we now have about 3,400 machines and some 60 gaming tables,” says Bob Green, chairman of Philadelphia Park. “At some point fairly soon we intend to add poker tables. There has been tremendous interest in the gaming operation, which has in turn enabled us to beef up our purses.

“We also have a room in our new casino facility that has a simulcast operation, so you can bet on races and watch our live ones. Now that we have the stand-alone gaming establishment, we will work on renovation in the grandstands in the fall, to make it more of a racing-oriented building.”

Penn National: Central Theme
Penn National Race Course went from underdog to wonder dog with the 2008 infusion of Penn National Gaming muscle. The Hollywood casino has 2,450 slots and its table-game operations for blackjack, craps and poker became fully operational in mid-July. The Grantville track, just north of Harrisburg, was once on the low end of industry purses and field size. It has grown to an impressive level.

Now with a solid purse structure, Penn National offers a four-night live racing program Wednesdays through Saturdays. It took a two-week hiatus in mid-September before resuming a schedule that produces over 200 live racing dates per year.

Simulcast operations complete its agenda. They operate seven days a week, enabling wagering on about 40 tracks on the second and third floors of the casino. The simulcasting, mixed with the live racing, is enough to satisfy both casual onlookers and serious gamblers.

Peaceful, Erie Feeling
Want to venture up north of Pittsburgh? The three-year-old Presque Isle casino in Erie (right) has 2,000 slots, roulette, blackjack, craps and the amenity line of steakhouse, buffet and saloon. It also sports a dynamite race program, ranging from $180,000 to $240,000 on given days.

This is the first time one location will host all 12 races. The previous format called for a split card at the Meadowlands in New Jersey and Woodbine in Canada. By paying a rights fee to the New Jersey-based Hambletonian Society, which owns the Breeders Crown and selects its site, Pocono established itself as a player for the future.

“This proves that Pocono is very dedicated to its racing,” says Moira Fanning, director of operations for the Hambletonian Society. “They are thinking big. Mohegan Sun has a marvelous facility now in Pocono. They did everything. There is a gorgeous new paddock, an all-weather track, room for dining—it’s tremendous.

“They are also interactive in their racing. They totally integrate the racing into the racino. What’s great is that they have put their table games in rooms where you almost have to walk through the track to get to them.”

Pocono has already garnered respect by paying nightly purses of about $165,000, one of the better industry totals.

The October 9 card contains races ranging from $250,000 to $600,000. Any of these events would be a season headliner for many tracks. This night carries 12 headliners.

Meadows Remains Strong
The Meadows, near Pittsburgh (above), packs one of racing’s Cinderella stories. It was founded in 1963 by Delvin Miller, who captured 2,442 races as a driver and more than $11 million in purses.

Miller, a World War II veteran, also drove on six continents, was one of harness racing’s most effective ambassadors and is the only known athlete to compete in eight decades. Miller died in 1996, but was a pillar of the community, and the $750,000 Adios Stakes, named after the stallion whose offspring won 500 races for him, highlights the Meadows season in mid-summer.

The Meadows winds down to four days a week now, but offers a healthy 208-day racing schedule throughout the year. Casinos have brought this facility’s purse structure from $40,000 to $140,000, ensuring a fine quality of racing. Credit the 3,500 slot machines and 62 games for tables, including 26 for poker, with bringing more cash into the racing pot. Blackjack, craps, roulette, pai gow and baccarat also can be found here.

“The racing has improved markedly, and we think this has been a great operation,” says Mike Jeannot, president of Meadows Racing. “The casinos and harness racing are working together very well. We also have all kinds of fun things happening for the kids, we’re trying new things and we’re very happy about how everything is working.”

The Meadows draws from western Pennsylvania and Ohio, capitalizing on more than 2 million people in the vicinity. Its track is 5/8 of a mile and can accommodate nine-horse fields, a good mixture for betting.

A new grandstand, big fields and the gaming sense of excitement has brought a buzz to this facility. The simulcasting facility augments the live racing, and the Meadows also sports several restaurants and a food court.

The casino sports more than 2,900 slots and goes for the big bang—some half-million-dollar races and several six-figure ones—to make up its season-long purse structure of more than $2 million. Like many facilities, it shifts into a four-day meet in September.

Casinos have been hailed as the remedy for numerous states, but the money isn’t always traceable. It gets diverted. Yet in its racing partnership, gaming money has a visible, life-enhancing effect.

Want to see the model for a long marriage between racing and casinos? Just look at Pennsylvania.