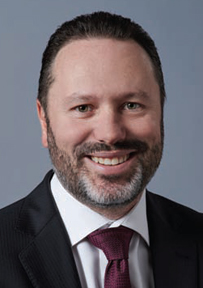 The Association of Gaming Equipment Manufacturers (AGEM) changed leadership last year when Luke Orchard, senior vice president, chief compliance and risk management officer for IGT, took over as president in October 2018. He will serve a two-year term. He answered questions from GGB about his term in office so far.

GGB: It’s been an eventful first year for you as president of AGEM. What has been your priority or priorities during that time?

Orchard: Well, we were off to an interesting start of the year after the Department of Justice reversed its 2011 opinion stating that the Wire Act only applies to sports betting. The new opinion essentially stated that the Wire Act is applicable to any form of gambling. This became an urgent matter for AGEM to assess, which we continue to do in light of the very recent news that the Department of Justice appealed the June 3 decision.

We once thought that AGEM had reached its maximum number of members, but in the past year, you’ve continued to grow membership. Is it exciting to expand AGEM’s influence into the sports betting and technology fields of gaming?

Yes, we hit a new high of 175 members in April, and I think that speaks to the overall sector’s vibrancy, and that includes an injection of new companies and technology as the industry continues to evolve. It’s interesting AGEM was formed by the “big four” of IGT, Aristocrat, Bally and WMS in 2000, and look at the organization now.

AGEM members were challenged by Apple’s new guidelines on gaming apps. How did AGEM respond and what are you hoping for the resolution?

We knew it would be an uphill battle to get Apple to change its direction on this, but the potential negative impact on online gaming and sports betting was too great for us not to engage. And so we have worked with the App Review Team and taken our position all the way up to CEO Tim Cook in an attempt to let them know how difficult it would be to meet their September 3 deadline. We’re still fighting as those affected continue to work to meet Apple’s demands. It’s a very complex puzzle everyone is trying to solve.

The industry is very interested in the legalization of gaming in both Japan and Brazil. How is AGEM keeping its members abreast of developments in those countries?

Brazil remains a frustration, but AGEM has made great inroads in Japan. We have established a direct dialogue with the Preparation Office of the Japan Casino Regulatory Commission in the Cabinet Office as regulations and technical standards impacting suppliers are contemplated. They have asked our members to supply them with machines, systems and progressives for testing, and it’s important for us to have a voice in the process going forward. This will be a focus for the next several years.

Responsible gaming is an important part of the legalization process in those countries, as well as in all countries where gaming currently exists. How is AGEM contributing to those efforts?

AGEM is extremely active on this front, led by our Director of Responsible Gaming Connie Jones. We’re a contributor to every major problem gambling organization in the U.S. and also give to GamCare in the U.K. We have a Responsible Gaming Committee that Connie chairs and our members are generally well-informed about RG issues. I think the discussion on the importance of doing the right thing in our industry has never been more active.

AGEM has always been a strong supporter of streamlined regulations so you can get your products and services on the casino floors as quickly as possible. How do you do that when your members are active in so many states and jurisdictions?

Regulatory reform remains a top priority, and needs to remain so. We have to pick and choose our battles because the landscape is so vast, but we will certainly respond to any agency that wants to discuss updating regulations or technical standards. And we do that all the time. We have had an especially strong focus on Nevada over the past year, first with Chairwoman Becky Harris and now Chairwoman Sandra Morgan. I think we are making steady progress, not as fast as we’d like, but it’s important that gaming technology keeps moving forward in all jurisdictions.

Skill/variable payback games are still in their infancy, but are becoming more sophisticated and prevalent. How are you handling the regulatory and technical aspects of that area of the business?

An area that interests your slot manufacturer members and their suppliers is the legalization of slots/VLT/EGMs at bars, restaurants, convenience stores and the like. How are you approaching that issue, particularly since many of your existing clients, such as the casinos, oppose those efforts?

We’re not overly active in pushing distributed gaming because typically those battles are fought at the local level in different states, but no one can fault our members for taking advantage of new opportunities. The casinos get engaged as they see fit and know the suppliers are simply participating in a business process.

What do you see the future of AGEM being in the next five years? What role is AGEM going to play in the future development of gaming?

We will forge ahead and continue to look after the overall health of the supplier sector. At the end of the day, that involves a lot of moving parts and pieces, and each one is important—regulatory reform, responsible gaming, expansion opportunities, advancing new technology, working collaboratively with other industry associations, promoting the positive impact of suppliers on gaming overall. We have small team with Executive Director Marcus Prater, Director of Europe Tracy Cohen and Connie, but we sure get a lot accomplished.