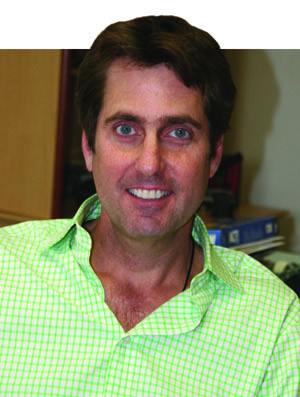 Curtis Bashaw is one of the most dynamic developers active in and around Atlantic City today. He began his development career in Cape May, New Jersey, where he redeveloped historic Congress Hall into one of the gems of that Victorian town. As the former director of the Casino Reinvestment Development Authority, Bashaw worked closely with casino executives and public officials to extend the influence of Atlantic City to the entire Jersey shore. His dedication to improving the Boardwalk during that time has already paid dividends, and his sense of style will become evident when the Chelsea, a boutique non-gaming hotel, opens this month in Atlantic City. But his big play is a billion project he is directing, along with former Caesars Entertainment CEO Wally Barr, at the far western end of the Boardwalk. He met with Global Gaming Business Editor Frank Legato in his offices at the Chelsea in May. To hear the full version of this interview, listen to the Global Gaming Business Podcast. Go to the website, www.ggbmagazine.com, and click on the GGB Podcast button to access this and all GGB Podcasts.


GGB: While CRDA director, you started the drive to redevelop the Boardwalk. What will the Chelsea bring to the Boardwalk?

BASHAW: We’re obviously very, very excited about the Chelsea. We’re combining the Holiday Inn and Howard Johnson’s into a 330-room resort, right on the Boardwalk. We think, as we’ve said in some of our literature, that we’re going to be returning style and luxury to the Boardwalk.

The Boardwalk was, in its heyday, just this wonderful strand where people went from beautiful shops to beautiful shops, to fun arcades, and it was just a great place for people to have a good time at the resort. So, our goal with the Chelsea is to really re-emphasize those resort amenities and resort qualities, and return style and luxury to the Boardwalk.

The Chelsea is both a new and an old concept for Atlantic City. What will it offer that the casino hotels do not?

One thing is intimacy, in that it is on a much smaller scale than a casino hotel. Secondly, we won’t have the constant din of slot machines as a backdrop to lobby settings. And finally, we’re really able, because we are just a hotel, to focus on what the core competency of a hotel is supposed to be, which is service, and also the resort amenities. So, the Chelsea’s going to be that sort of haven, a place people can call home when they’re in Atlantic City.

Let’s move on to the next big project. You’ve submitted plans for a proposed casino resort south of the Hilton. What can you tell us about the project?

We feel the Albany Avenue corridor is a wonderful gateway to Atlantic City. We’ve worked very hard to assemble a site there we think will surprise folks, with its size and its ability to handle a large resort like folks are talking about up and down the Boardwalk right now. We’re very excited about how the assemblage has come together, and about the redevelopment plan the city approved.

We’re working to put together a site plan for the project that will really allow Atlantic City to see yet another resort casino property develop along the Boardwalk. We love the location; we think it’s on a great beach on a great end of town. We think there are synergies with the prospects of what might happen at Bader Field as well. So, the project will be 1,500-2,000 keys out of the gate. It will have a large gaming floor, and meeting space, and all the amenities you’d expect from a new casino development project.

Absolutely. I think Bader Field, over a 10- or 20-year time horizon, is a logical place for additional gaming development. I am a big believer in critical mass, and in rising tides lifting all boats. I don’t think the issue should be forced in a market not conducive to financing large-scale projects, so how the city manages the timeline of that whole process is important. You want to go to the market at the right time; there are a lot of other projects on the drawing board in Atlantic City as well. But, in terms of the medium- to long-term view, we absolutely think Bader is great for Atlantic City.

Bashaw/Barr, your partnership with former Caesars Entertainment CEO Wallace Barr, is partnering with a major investment bank on this project. Do you believe this will make it easier to finance the new project in this tight credit market?

I think the credit markets are bleak for all real estate development right now. That choppiness needs to settle down, and we believe it will settle down. Is that six months, or 12 months? It’s hard to predict. That said, obviously, having partners with real muscle in the financial community makes a lot of sense, and if you have a shot at getting something financed, it’s good to have partners who understand the markets well and are well-versed in manipulating and managing those markets to help projects get done.

What’s your general outlook on the Atlantic City market? How much more capacity can it handle? What are the biggest challenges?

From a capacity standpoint, Vegas has shown us that there is certainly plenty of room for growth in Atlantic City. When you look at our location and the demographic around this location, I love to say we’re a tank of gas away from 25 percent or 30 percent of the U.S. population. That’s staggering.

I think the biggest impediments to Atlantic City going forward are, one, making sure it rises above the stereotype that the place is just a little unorganized, and a little seedy. We’ve got to believe in ourselves as a community, and we’ve got to raise the bar on the sort of press that goes out from here nationally. We need to get past scandals and have leadership that’s setting a new standard to help lead this resort well into this century.