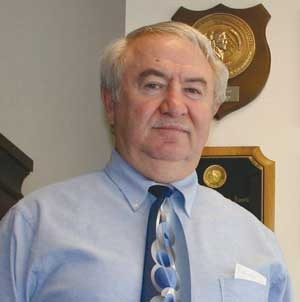 Since Phil Hogen was installed as chairman of the National Indian Gaming Commission in late 2002, it has been his goal to draw a “bright line” between Class II gaming machines and their Class III cousins. As technology advanced, manufacturers were able to push the envelope over what was considered Class II gaming. The traditional bingo cards disappeared into the insides of a slot machine and it has become difficult to tell the two classes apart. Hogen explains how the process began, the hurdles it surmounted and what the proposed rules will look like in broad terms. The ruling will impact gaming machine manufacturers, Indian gaming establishments—both Class II and Class III—and even the international market, where Class II machines are beginning to proliferate. Global Gaming Business Publisher Roger Gros spoke with him from his office in Washington, D.C. just days before the regs were published in the Federal Register. To hear the full version of this podcast, go to the Global Gaming Business website (www.ggbmagazine.com), click on the GGB Podcast button and go to the archives.

Global Gaming Business: You’ve worked diligently throughout your term to come to some understanding on what Class II game is all about, both technologically and the spirit of the law. Explain how these proposed regulations help to define that.

Hogen: We have finally a comprehensive set of proposed regulations that will draw a bright line between equipment that they can use while conducting un-compacted Class II gaming and those that they use when conducting gaming under a tribal-state Class III compact. We’ve done this by drafting a set of regulations, publishing them in the Federal Register, and we are now awaiting the industry’s further comment to see if we can finalize them.

When and why did this become an issue?

I first served on the NIGC starting in 1994 until late 1999. Midway through that journey, the Multimedia company came out with its Megamania game linked jackpot game. There were some concerns about that system. I was in discussions with them and the Department of Justice about the challenge this system created for the Johnson Act, which long said you can’t have gambling devices in Indian Country. IGRA came along and said slot machines were OK as long as you had a Class III tribal-state compact. But it also said you could play Class II games with computers and technological aids. The issue was if these interconnected bingo player stations fit into the Class II category.

When I came back to the commission in 2002, the issue had only become more complicated. The former commission did a little work on it but basically left it up to the next commission.

Since 2003, a great deal of our time has been taken up with this.

Your goal is to create this line?

Yes, the Indian gaming industry and related manufacturers are very concerned with this. There is a difference between Class II and Class III and there’s a clear way to ascertain which side of the line the equipment falls. Once we’ve completed this process, the industry can build to the specifications and the tribes can invest with full confidence that these machines will be legal.

Some tribes have wondered why even bother changing the rules, when they’ve worked fine, at least in these tribes’ opinions, up until now and these interconnected player stations have been out there for so long.

That’s the problem. We’re not changing the rules, there simply were no rules. There has been this need to finalize these rules for all these years and we’re just trying to get there.

In 2004, we assembled a tribal advisory committee to assist us. We asked tribes to nominate the best and the brightest from both those who regulate and those who operate these devices. We met often and long with this committee. They have helped us right the federal regulations that will draw this bright line between the two types of devices.

During the public meetings held to comment on the proposed regulations, there were many tribes and manufacturers who were very critical of the regulations and the process. Do you think what you’ve done here will satisfy those critics?

Those people who were telling us that we’d bring the Class II industry to its knees by slowing down the play dramatically should be happy because we’ve dramatically changed that. We did weigh the economic impact of any regulation we proposed and found that it would be too dramatic a change to require such a long time to play the game.

We also included a grandfather clause. We know the tribes have invested heavily in the equipment that’s out there. We’re proposing that when these rules become final, that if the devices that are on the floor now meet certain minimum requirements—they don’t have to meet all the requirements, just the minimum—they can be played for five years, which we have determined to be the useful life of equipment like this. This will soften the economic impact greatly, in our view.

And if history is any guide, manufacturers will soon be coming out with faster machines that are more fun to play that meet these regulations, making it essential that casinos remain competitive with each other.

So what’s the next step in getting these regulations approved?

We’ll then decide if we’re going to go forward with this at all and if so, do we change it as a result of any of the comments that are submitted.

If we make changes, we’ll explain why we did so in the final publication in the Federal Register.

How long would you expect this to take?

There’s a 45-day comment period, and many of those comments will come in on the 45th day, human nature being what it is. We’ll take a while to get through those. We’ve taken some much care so far, we’re not going to get hasty and rush through the process. We’ll consider everything very carefully.

We’ll save our congratulations for when the process if finally completed.

Nobody will be happier to get this done than the chairman of the National Indian Gaming Commission, believe me. It’s been the most time-consuming and attention-consuming process of my term as chairman.