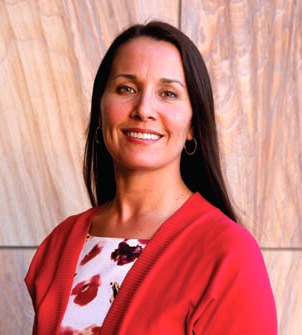 The National Indian Gaming Commission, like most regulatory bodies, has had a somewhat contentious relationship with the tribal casinos it regulates. Some commission leaders during the 20-year existence of the NIGC have opted for a less confrontational attitude, but it has always been rocky. When Tracie Stevens took over three years ago, she began to utilize the government-to-government policy that the Obama administration has emphasized in all dealings with Indian Country. She directed an effort to reach out to tribes of all sizes to improve the relationship between the commission and the gaming tribes. She spoke with GGB Publisher Roger Gros from her offices in Washington, D.C. at the end of August. To hear a full podcast of the interview, visit ggbmagazine.com.

GGB: Congratulations on completing your three-year term as chairwoman of the NIGC. What were your goals when you started?

Stevens: In the beginning, (NIGC commissioners) Dan (Little) and Stephanie (Cochran) sat down to discuss what the issues were for the tribes and the NIGC. It was helpful because Dan and Stephanie had arrived before I had and had some inside information about how the agency was functioning. Over several weeks we identified four initiatives that were important: consultation and relationship building; technical assistance and training; the need for a regulatory review; and the need for an agency operations review.

Were tribal consultations the first thing you put into motion because you wanted to introduce yourself to Indian Country?

Well, even though many tribes were familiar with us and where we had come from, we felt it was important to go out and to uphold the Obama administration’s initiative on government-to-government relationships. But there were also a few tribes who had been bruised and battered by the regulatory process, and we wanted to make sure they knew we were going to be fair.

Interestingly, when we explained about our four initiatives and what we were planning, the initial reaction was “Really? You really think you’re going to get that much done?” There were a few people who laughed at us.

When you went out on these consultations, you didn’t just go to the big tribes that make the lion’s share of the revenue, but you also visited small, more remote tribes. Why did you do that?

First of all, the NIGC oversees all of Indian gaming, all shapes and sizes. The success of the large tribes is noteworthy, and they often have the talent and resources to have a very robust regulatory system. We found that the smaller operations really needed the NIGC technical assistance and training, that communication with our regional offices, and that focus.

One of the big decisions made under your leadership was the definition of Class II gaming to not require a second action by the player. What was the background behind that decision?

We were hearing a lot of questions from tribes, regulators and manufacturers about one-touch electronic bingo and we thought it would be best to address the questions. The questions were about the status of certain machines and what it means for us as regulators, tribes or manufacturers. Could you help bring clarity to this?

Is there a full definition now of Class II machines? This seems to have actually blurred the line between Class II and Class III.

Another issue that you actually did not take action on was online gaming. Your rationale made complete sense, since there was no bill or even outline of one that would have given you oversight over tribal online gaming. Was it frustrating to not be able to provide clarity on that issue?

I wasn’t really frustrated because the administration has not taken a position on internet gaming, and as part of the administration, we couldn’t take a position. What was frustrating was not knowing what everybody’s roles were going to be. There’s a number of federal, state and tribal entities involved, and that was more frustrating than anything else, and in the absence of any federal legislation, it’s hard to take any kind of position.

But we’ve always taken the position that NIGC will administer the laws as Congress enacts them.

What do you see as some of the highlights of your term as head of the commission?

A couple of things. I’m really impressed with how our staff, not just in Washington, but all across the country, have taken pride in the culture change we’ve made from being a reactive commission to being one of prevention. It has a lot of elements, but it’s just good practice to do that. So I’m really proud of how everyone in our organization moved toward maintaining compliance rather than simply being responsive to non-compliance.

But I think the thing I’m most proud of—and it’s probably our greatest achievement—is the progress we’ve made in relationship building. I’ve been known to say that if you’re hung up on process, you’ll never get to substance, and so we had to change the process in which we consulted with tribes. We’ve been able to get to the heart of the discussion in many instances because of this change, and we have advanced the president’s mission of government-to-government relationships. We are very proud of that.