The outbreak of the Coronavirus has had a major impact on the gaming industry. With this in mind, GGB is committed to providing updated news and analysis on our weekly news site, GGBNews.com.
Casino Communications 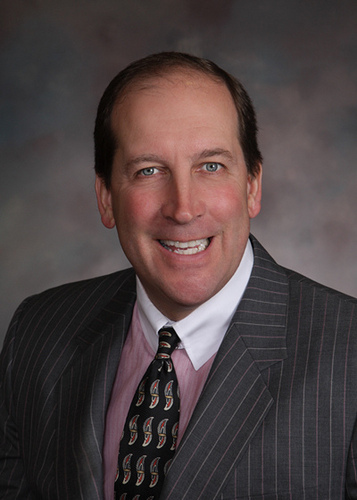 As the third-largest gaming company in the U.S., Penn National Gaming has grown from a small horse-racing company into a major player in the gaming industry. Tim Wilmott joined Penn National several years ago after spending his entire career at Harrah’s (now Caesars) Entertainment, where he started as a president’s associate. At Penn National, Wilmott was tasked to bring together various elements of the company after the purchase of Hollywood Casinos and Argosy Gaming. Now, he’s helping to direct expansion into several states and the company’s first property in Nevada. He spoke with Global Gaming Business Publisher Roger Gros in Las Vegas in November.

GGB: You’ve had a lot of great opportunities over the past few years, but none more potentially lucrative as Ohio. Explain how that came about.

Wilmott: Ohio had failed to pass gaming initiatives four separate times. The latest had been in 2008 when Lyle Berman and some local businessmen tried to get approval for a single casino in Clinton. We watched it and certainly didn’t agree with it. We believed it wasn’t broad enough, and spent a fair amount of our shareholders’ dollars to defeat it. But we saw the polling was favorable to gaming overall and the economy had helped to create the need for jobs and economic development.

After an effort to get a legislative solution failed, we partnered with Rock Ventures, led by Dan Gilbert, who owns Quicken Loans and the Cleveland Cavaliers. We were able to construct an amendment to the state constitution that allowed four casinos in the major cities, with a 33 percent tax rate and a minimum investment of $300 million, per location. We spent about $50 million in total, and it won by 200,000 votes.

We believe these will be great markets for us.

Tell us about buying the debt on the M Resort in Las Vegas.

We paid $230 million to assume the position previously held by the Bank of Scotland for the debt on this property. It’s a magnificent facility. We’re trying to work out a plan of transition with the equity holders and hopefully we’ll make it part of the Penn family. There’s still some legal hurdles to get over, but we hope to get Nevada regulatory approval sometime in the first or second quarter of 2011.

M Resort opened in a very challenging market. The locals market in Las Vegas is very difficult with an unemployment rate of around 15 percent. Long term, we believe it’s going to be a very good transaction for our shareholders.

While it is a locals property, we’re going to try to take our database of customers in our regional markets and give them reasons to stay at the M. We’ll work with the top 150,000-200,000 accounts in our database and send them an offer to visit M Resort once we finalize the transaction.

As a former Harrah’s executive, you understand the strength of its corporate culture. Have you tried to build something similar at Penn National?

Penn National is a very young company. It’s grown very quickly, mostly through acquisition. What I’ve tried to do is set up an operating platform that is a little more consistent across all of our businesses. We hope our operators will learn from the other properties, but also get tools from the corporate center to help them compete more effectively.

We’re trying to act as one company, which is what I’ve been doing for the almost three years I’ve been here. We are going to get bigger.

What I don’t want to do is get too heavy at the center of the company. We believe we have a platform that can support 25 or 30 properties. We’re going to be at 21 by the end of 2012, and who knows what’s going to happen between now and then? We have a great, high-quality, high-functioning team of executives, but it’s very small. We only have 120 people in our corporate offices for a company with $2.5 billion in sales and 17 properties right now. And we also happen to be the largest parimutuel operator in the U.S., as well.

Do you consider Hollywood Casinos to be Penn’s major brand?

Yes, that is our regional brand. We’ve rebranded properties in Charlestown, West Virginia; Lawrenceburg, Indiana; and Joliet, Illinois recently. The two properties in Ohio will be Hollywood Casinos, as well the property we’ll be opening soon in Kansas City, Kansas. By the end of ’12, 13 of the 21 properties will carry the Hollywood brand.

The founder of Penn National, Peter Carlino, has become something of a legend in the business because of his commitment to the company. What’s it like working for him?

He’s a terrific guy. He’s a classic entrepreneur, always looking at the next deal. He’s a pure developer. I’ve talked about what we’re doing through 2012, but his focus right now is what’s going to open up in ’13 or ’14. He’s all about growth. He lets me run the operations as I see fit and takes care of things that don’t concern me unless it requires the attention of us both. It’s been a very good mix of operating and development philosophies.