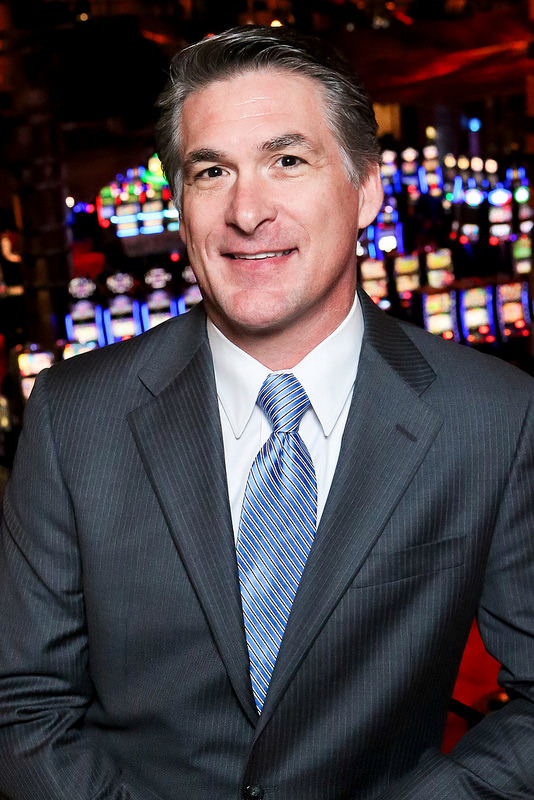 Former Mirage and Station Casinos exec Scott Kreeger was tapped in 2012 to take over the struggling Revel property in Atlantic City. Kreeger’s emphasis on the gaming product increased productivity and revenue at the property, but it was too little, too late, as debt and monthly energy bills defeated his every effort. In 2014, he was chosen to replace the departed Rob Oseland as the leader of SLS Las Vegas, a property that opened to high expectations but faltered early. However, with an emphasis on gaming, the local market and the superior F&B products, Kreeger is slowly turning the ship. He spoke with GGB Publisher Roger Gros in May to explain his philosophy and explain why SLS will soon become profitable.

GGB: Why were you brought in to lead SLS, and what did you find when you got here?

Kreeger: Well, the property had just opened up. It was about three months into post-opening, and trying to get through the trials and tribulations of typical opening. Rob Oseland, who was the previous president, had decided to take another job and work on another project, and I was just coming off my project at Revel, where I spent a year and a half doing the strategic sale process and trying to correct the business model. So, the two properties had a lot of similarities: lifestyle-oriented properties, trying to figure out the right business model to operate on, and maximize profitability.

I’d met Sam Nazarian (president of sbe entertainment, the SLS parent company) in the past, so it was just coincidence that we had just kind of concluded the auction process at Revel. Sam gave me a call, and asked me to take SLS through post-opening, and get it on the right track.

A lot of the elements of this property are reproduced from previous sbe properties in L.A. or Miami Beach. Are you evaluating whether they work here in Vegas?

Yes, we definitely are. First of all, we’re unique. Unlike a lot of Las Vegas Strip casino hotels, we own all of our own brands on the property. So, whether it’s Bazaar Meat, or Katsuya, Cleo, the restaurants, the nightclubs, we run and operate those properties. That’s unheard of these days, where you have celebrity chefs and nightclub operators who work on lease/rent deals.

Then, we evaluated what our strengths are, and where we needed to bolster those elements, especially when we’re in a situation as a new property that’s gaining recognition. People are trying to figure us out, and become familiar with our brand. First of all, the remodel of the place is phenomenal. It’s like a ground-up build; it’s not really a remodel. And the property itself has great bones. The amenities are great, the feel in the casino is great. It’s very manageable. And it’s kind of unique; it’s truly boutique compared to the size of most Las Vegas casinos.

Let’s talk about the casino. You had a database problem in the beginning. Revel had that same problem early on—no names in the database; you start building it from scratch. Where are you in that process?

When I got here, we weren’t where we needed to be. I have a gaming background, so we went through the fundamentals. First of all, we took a look at the loyalty program. Funny enough, the loyalty program was similar to Revel, in that it didn’t have any tiers. So there was no aspirational tier levels or benefits, in that regard. We took a look at some of the process of being able to use your points for food—that function wasn’t available. In June, we’re launching a completely new card program, very competitive point-to-redemption ratio, more competitive than the local casinos.

Then there’s the other aspect of casino marketing, which is player development. I had the benefit of working with some incredible player development executives on the East Coast. I called them up, and asked them if they’d like to come join me here. And so, I have two of the top PD executives, and one of the top casino ops executives on the East Coast, who came and joined me here. And then we paired with one of the people who I think is one of the best local marketing people in Las Vegas. We put together a heck of a team.

In May, you experienced the first Rock in Rio, MGM’s music festival across the Strip from SLS. Two weekends of solid music. What kind of impact did that have on the property?

It was the best free entertainment I’ve ever seen (laughs). Our property is front and center.

It was just phenomenal. But it was a collaborative effort. That’s what’s nice about being on the north end of the Strip, and all of this emerging business. We’re all collaborating, whether it’s the Stratosphere guys, or the new MGM guys, Scott Menke and the Paragon Gaming group that now just announced that they’re running Westgate. We’re all working together.

Rock in Rio was one of those examples. We shot the fireworks for Rock in Rio from the tower of SLS. So, I couldn’t ask for a better way to expose this property, being less than a year old, to the masses. Because we literally had tens of thousands of people every day coming through the property, on all four days. It was phenomenal, and the experience was amazing over there. Well-orchestrated, and the city did a great job with the traffic, and the pedestrians. The whole experience was great, and we’re excited for MGM to make a commitment to invest $20 million in that venue, and we’re excited to continue to see that programming.