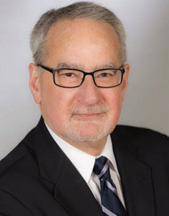 We appreciate a healthy dialogue and debate and are striving to use focused, evidence-based proposals to drive improvement, in both industry practices and government regulations." —

Russell Sanna was appointed executive director of the National Center for Responsible Gaming, an industry-funded organization that does research into problem and compulsive gambling, in March 2016. He’s spent this year getting to know the gaming industry and introducing himself to the important executives in the industry. His goal is to increase the visibility of the NCRG and to grow the funding of the organization to be able to conduct more research and make a larger impact on the solution to problem gambling. He met with GGB Publisher Roger Gros at G2E in Las Vegas in September to talk about his first year at the NCRG.

GGB: You’ve been executive director of the NCRG for less than one year. Explain what you understand about the early years of the organization.

Russell Sanna: The oral history tells us that people like Bill Boyd, Phil Satre, Frank Fahrenkopf and others witnessed the demise of the tobacco industry, with executives standing up before Congress and saying, “Cigarettes do not cause cancer.” Taking that message to heart, they all concluded we have to understand what is in fact going on scientifically with gambling activity. So there was a real commitment from the industry at that point to establish in the National Center For Responsible Gaming, establishing also a firewall between the industry and the science aspect. That was pretty important to do that, so that you don’t taint the outcome of the science, to be able to investigate the important questions: Is there gambling addiction?

So, over the last 20 years, one of the most successful research projects that we’ve established is that the prevalence of gambling disorder is 1 percent of the adult population—over and over again, that’s been established. So we were able to dispel the myths and the anecdotal evidence—my uncle, my cousin, that sort of thing. And so, we’ve been able to present what the peer-reviewed science says. In the last 20 years, the center has supported research, which has resulted in over 320 published articles in peer review journals, the gold standard of research.

What are some of the findings that stand out?

There continue to be a lot of new, interesting aspects that are coming out of the research. One of the major issues just now surfacing is that gambling addiction fits within a syndrome of other addictions, whether it’s other behavioral aspects, or substance addictions. That leads to a whole body of knowledge around psychopharmacology, for example. So, this summer, we gathered a group of scientists together for what we’re conceptualizing as a public health initiative, looking at the things that are associated with gambling disorder.

For example, a laboratory scientist has now trained laboratory rats to be addicted to gambling. And that’s important, because now we have a laboratory animal that psychopharmacology experiments can be conducted on. That puts them within the realm of other contemporary and leading scientific areas.

How about the comorbidity issue, where you can’t just treat one addiction and not the other, because they all go hand-in-hand?

That’s one of the big challenges that are out there. If you do the numbers, 1 percent of the adult population of the United States gives you 2.5 million people, approximately. The science that’s taking place through the centers, also, figured out that only 15 percent of that number is showing up in treatment modalities. So that leaves 85 percent, or roughly 2.2 million people, that we don’t know exactly where they are. And we think that upwards of 64 percent of that 85 percent have three or more comorbidities, with anxiety, trauma, depression.

And so, that’s what we’re trying to figure out. In conjunction with scientists, we need to get the policy apparatus in contact. The scientists that we deal with are not necessarily versed in the language of the state legislatures and policymakers. So, we’re making a considered effort to reach out, to get involved with organizations like the National Council of Legislators from Gaming States and various other associations where elected officials are members. We want to get on their agenda, so we can bring everyone together.

Give us a thumbnail of how the NCRG is funded.

We are funded by the commercial casino industry. The federal government does not spend a dime on gambling disorders. It would be a long conversation to figure out why that is; we don’t know that. We also know that the federal government’s probably not in a position to take up the cause. But it’s not unique to the gaming industry. In a previous job, I was involved in industry-funded housing research. We got architectural research from the industry. It goes on in the automobile industry and the construction industry, as well.

Is there an formula by which the industry funds NCRG?

Do you also have contributions from tribal gaming?

We do not. Historically, Mohegan Sun and Foxwoods gave minor amounts of money close to 20 years ago. I would think historically there was a time when there was a bit of competition between Indian gaming and the operators within Nevada. Those days are over. So, in August, I was up at Seneca Casino in Niagara Falls, and I am back in touch with the chief operating officer there, who is very supportive and wants a proposal to go the board of directors. We’re hopeful this will be the first of many tribal contributions.